Things That Had Totally Different Purposes When First Made

Much like the list of words and phrases that meant something different, this list is a list of a bunch of items that had different purposes than what they're used for now.
The Top Ten
1 Coca-Cola

Coca-Cola, despite being a drink that is somewhat addictive and consumed for pleasure, was a concoction of kola nuts and coca leaves (hence, the name,) was originally meant to treat soldiers taking morphine for their nervous systems.

Viagra was meant to be a form of cardiac disorder treatment but was proven useless in that sense, but, an unusual side effect was noted: the substance strongly affected the blood flow in the pelvic region and the famous aphrodisiac was born.

Giving it to hamsters also helps them recover from jet lag. Yes I know that is one of the most useless discoveries ever made.

Makes a lot of sense.

Slinky was not in any way shape or form an intentional toy. It was actually a tension spring that some guy dropped and it "crawled away merrily," and later, the idea for the toy was developed, but to the point, it was just a tension spring. Who would've thunk

That actually makes a lot of sense.

Yo-yos, much like slinkies, were accidental toys, and actually were used as weapons. I had to look this one up for clarification, but I knew yo-yos were used for something besides being a toy. They were used for fighting in the jungle.

That reminds me of Watch Dogs 2. The protagonist of the game uses a yo-yo as a weapon.

I could see yo-yos used as a weapon. 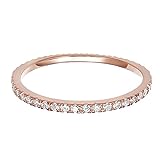 Yeah even still today people wear rings of importance. They wear rings of marriage. They get graduation rings. Championship players on sports teams get rings. So it's kinda still happening today.

a ring used to have a more practical purpose: the nobility used rings as a seal, archers protected their fingers from bowstring injuries, while needlewomen – from needle pricks. Later on, a ring showed the social status of its wearer: only noblemen were allowed to wear golden rings. And somehow, in between then and now, they were turned into symbolism for marriage.

Men's fragrances were used as medicine. Eau de cologne was a miracle item: it helped against poisons, fleas, and even the plague. 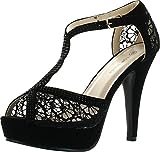 Crazy to think of it, but a long, long time ago, high heels were actually used by men. They had nothing to do with fashion and looks, which I find quite the relief in retrospect, High heels provided a stern grip on a horse's stirrups, and were used in the military (and if I had to guess, this dates back to around the Roman Empire) and now... the shoe's on the other foot, and high heels are used by girls and women rather than men, and civilians instead of soldiers.

How they even walk?

Yet another thing commonly used by females to get attention from men, but had a more important purpose back when people hunted dinosaurs and watched black and white TV. Much like the stuff baseball and football players put under their eyes, mascara was used to protect the wearer's eyes from the sun 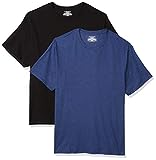 A t-shirt is more than likely what you have on your upper half as you read this, more than likely. Although they're worn casually every day, everywhere, now, they were originally your thongs (which in case you haven't read that other list of mine, means they were underwear.)

They were originally meant for permanent ownership, but rentals became popular with Blockbuster Video.

If you have your driver's license, you know that you have to frequently fill your car with the stuff to make it run. You probably never would've thought this to be true, but gasoline was actually a stain remover and sanitizer. It's a pain in the neck to prove this because if you search "gasoline was a stain remover" the Internet just provides the best ways to remove stains made BY gasoline, but just trust me on this one, okay?

Someone in my family uses old gasoline to clean and remove stains from his tools. When we have old gas, we bring it to him.

12 My Little Pony: Friendship is Magic

Do I want to know who the guy who always submits stuff like this is? Fine. I'll make it work, although I'm gonna sound quite stupid. My Little Pony was originally meant for little girls and somehow, a bunch of middle-aged men decided that MLP was just as interesting to them, as little girls, so yeah, in that sense, I suppose it fits.