The prehistoric era is an awesome place for movie ideas. Ever since dinosaurs have been discovered over 100 years ago, there have been no shortages of dino flicks. Some of them are awesome like Steven Spielberg's Jurassic Park and Don Bluth's The Land Before Time. However, there have been some that came out that should've stayed extinct.
The Top Ten
1 Theodore Rex

It's acting legend Whoopi Goldberg starring in a sci-fi film where humans and dinosaurs coexist. It's no wonder she tried to back out. It was originally designed for a theatrical release and went direct-to-video instead. Seriously, the box art is enough to warn people to stay away from this!

The worst thing about it is Whoopi Goldberg was pretty much forced to do this movie.

Released only four weeks before the smash-hit Jurassic Park, Carnosaur showed the world how not to do dino-horror films. The story revolved around a scientist who's able to create dinosaurs through weird experiments that involve human women giving birth to dinosaurs. The special effects are terrible and the plot is just stupid. The film rating states that this isn't appropriate for viewers under 18, but even they will be more scared of the dinos found in Steven Spielberg's breakout hit. This actually birthed two sequels that were even worse. Don't believe the quotes on the box! This movie's awful!

Umm...it's a movie starring everyone's 'favorite' purple T-Rex in a candy-coated world of imagination and adventure. Just how did he get his own theatrical movie, anyway?

Dinosaur King teaches about culture, but Barney teaches kids nothing

Well, creators of THIS...
Made from cretaceous killing machine purple "cutie" living in candy world.
This is trash.

Well Barney IS a dinosaur, so this technically counts!

4 Tammy and the T-Rex

This has got to be the most ridiculous dino movie story ever. The film is about Tammy whose boyfriend Michael is fatally beaten and his brain is used in a mechanical dinosaur. This is all that needs to be said. On an interesting note, this was one of the movies the late Paul Walker had a role in before The Fast and the Furious franchise came along and made him a household name.

An idea about an island populated by dinosaurs and sexy women sounds like a winning combination. But when you have only $190 000 to work with, that really limits your options. It revolved around a bunch of army men who crash land on an uncharted island where the entire human population is female and they have to offer sacrifices to The Great One and they think that the army men are the chosen ones sent to help them. The special effects are horrible and the acting subpar. I don't know what it was trying to be, but it failed at whatever it was.

This movie cannot be ridiculed enough! You know the story's terrible when the opening narration is about how a meteorite crashes into Earth and instead of killing all the dinosaurs, it splits the world in two dimensions where the surviving dinosaurs migrate into one and evolve into humans. You have to wonder if the CEO's that forced this new script actually even held an NES controller in their hands. The qoute on the box "It's a blast! " might be accurate, but not in any good way. 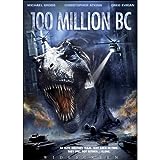 People people can we stop the hate for this movie? I overall thought it was great so can we just bash something else like Foodfight the worst movie ever or the room or twilight.

I actually liked this movies.

The Contenders
11 Land Before Time II: The Great Valley Adventure

Don Bluth is an animation legend. He's the mastermind behind legendary animated films of the 1980's; An American Tale, All Dogs Go To Heaven, The Secret of NIMH and, of course, The Land Before Time. The original journey of Littlefoot and his friends to The Great Valley is a tale for the ages. The direct-to-video sequels; not so much. It's easy to tell that Bluth had no involvement in these projects, from the light-heartedness to the cheesy sing-a-long songs. The franchise already has 13 direct-to-video sequels under its belt and shows no signs of stopping.

12 Aztec Rex
13 The Land Before Time XIII: The Wisdom of Friends

They don't even fight until the end of the movie.

The premise is simple. A captain goes back in time to capture four dinosaurs and feed them brain gain to make them intelligent and friendly. They must then journey to a museum to fulfill the wishes of children while avoiding the captain's evil brother. When the crew is allowed to use Steven Spielberg's Amblination animation studio and have John Goodman lending is voice, you'd thing you'd be in for a treat. But you'd be wrong. Rudimentary animation, a no-frills story and that god-awful song "Roll back the clock (to the dawn of time)" ruin any potential that this movie had.

Featuring horrible puppeteering that would make Jim Henson turn over and over and over in his grave, Adventure in Dinosaur City is as bad as you can imagine just by watching the trailer. A trio of kids try to watch their favorite T.V. show about dinosaurs and get zapped into its world and need to help a group of rebels. enough said.

You can tell that this movie screams cash-in when you realize that it's not based on any of Michael Crichtons works. It also didn't help that it was directed by Joe Johnston instead of Steven Spielberg. Johnston isn't a bad director, but the movie certainly had some script issues, so he was in kind of a tight bind. Throw in a sequence where Alan Grant dreams of talking raptors and where the Spinosaurus kills off the T-Rex early on and you have yourself a lot of wasted potential for what could've been an awesome movie. It's not terrible, but as an entry into the Jurassic Park franchise, it's an embarrassment.

Yeah, it's the weakest Jurassic Park film, but like The Good Dinosaur, Jurassic Park III looks like something that won Academy Awards when compared to a plethora of dinosaur films.

What? I think it's the best Jurassic Park movie.

The Good Dinosaur is a masterpiece when you start comparing it to many of the movies on this list. And this is among Pixar's weakest films!

Sure its not comparable to most Pixar movies, but this is not bad. I'd guarantee if this wasn't Pixar, The Good Dinosaur would have had a better audience reception.

It's so unrealistic and will rot your brain. Other than the lessons, it's a dumb movie that takes away the the reason why they went extinct.

Awful brain-rotting movie that takes away the reason why Dinosaurs went extinct.

It's an insult to science. the meteor Was supposed to Hit Earth, not miss it.
Dumb movie. 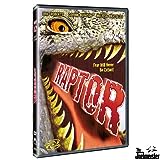 Too many inaccuracies. I don't care if it makes dinosaurs cooler. Dinosaurs are amazing the way they are.

You got that right.

Why does this exist

If someone puts this on here, I will rage...