GameCube Games With the Best Graphics 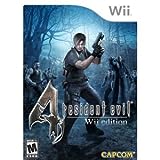 This game was released first on the Gamecube.

This is the WII. NOT THE GAMECUBE.

This is a WII GAME FOR CRYING OUT LOUD!

Best game of all time. Not just because of graphics, because it has an intricate storyline and haunting atmosphere.

3 The Legend of Zelda: Twilight Princess

If the world wasn't flipped and I didn't know if I was using a Gamecube controller, I'd say that this is a Wii game based off of its graphics. - Mattman0914

It has such vivid and detailed graphics. Most impressed!

The Gamecube version makes the Wii and Wii U versions lazy in comparison in a lot of areas, mainly in graphics. Twilight princess IS A GAMECUBE GAME that was ported to the Wii (both have same graphics). The real Wii Zelda is Skyward Sword.

The game is pushing the cube to it's limits next to Resident Evil 4 and Remake, Metroid Prime 1 and 2.
I don't know why nobody talks about F-Zero GX, the graphics on that game are Godlike. The PS2 can't beat that thing!

I love your gams

5 The Legend of Zelda: The Wind Waker

This game by FAR had the best graphics on the GameCube they are so unique it will never lose its style like most GameCube games which are now pretty outdated.

One of my favorite titles of all time. For the first time during that generation I felt like I was really on a ghostly adventure. 😳

I will always prefer the original, But there is no denying that the animation and graphics of the Twin Snakes are some of the best graphics on the Gamecube ever. Like MGS2 on the playstation 2.

I like all the detail they did in the graphics, I think they also used some of those effects for Conker live and reloaded.

Come on people. You gotta give a little credit to SEGA. They made Sonic Heroes graphics cool. - Chaotixhero

21 Prince of Persia: Sands of Time

22 Prince of Persia: The Two Thrones

23 Marvel Nemesis: Rise of the Imperfects