The first game I ever played was Mario Party 8, and I loved it, since then I've played many other Mario games but Mario Party will always be my favorite series. Manley we can get 11,and 12 on the NX, which I hope can be opened world and larger stages

Well it did have a show, and it has some shirts and lunch boxes but I can understand why Pokemon beat Mario.

I've never been into the Zelda games so I have to go with Mario. They're so addicting!

Nario one. It is what got Nitendo so good so fast next to Zelda and pac man. Think of all the great games like Mario kart 8.

Oh, YEAH! This series is just so great. It never gets old, and all of them are incredible! You never know what plot twists will come because the story in every single game (ESPECIALLY Majora's Mask, which is my favorite) is amazing, the sidequests, are really fun and entertaining, and you go through emotional tales of adventure that will just keep you on the edge of your seat the whole time! Two thumbs up from me!

How is Zelda not first? The music, the dungeons, the enemies, the puzzles, the graphics. They're all so amazing. Each game is different and unique in it's own way. Mario is so boring and... linear. Pokémon is okay, I guess but it will never match up to Zelda. Ocarina of Time, Skyward sword, twilight princess, windwaker. All amazing

I've yet to find another series that gives as much satisfaction and sense of adventure and purpose as the Zelda franchise. Fantastic games, even the weakest entries are fun.

Legends of Zelda is amazing in my opinion it deserves better I've been playing
The wind waker and it feels like your in a living breeathing world!

Smash bros is really fun. You have all your favorite Nintendo characters in the same game fighting against each other! This game is also really fun when you play with friends!

Super Smash Bros has all of your favorite Nintendo Allstars and allows you to see what would happen if they were in a fight.

This franchise let me know more of the other Nintendo franchises besides Mario, Pokemon and Kirby.

It's every Nintendo franchise in the best videogame crossover ever!

Pokemon, while it can seem repetitive, is a world of itself. The games do their best to immerse you in this world, and if they can do that, then you've been hooked. The series has many incarnations, spin-offs, and even a niche for the competitive players. Overall, one of the top series of all time.

Pokemon has lunch boxes, a modern show, playing cards, and it is super common to find as a toy at McDonald's how would anything beat it?

I know this question is completely unrelated to Pokemon but why is sonic on this list when it's not a Nintendo series?

Plain great. After Mario and Zelda it is the most classic. And it is the must fun. Mine craft and sonic are NOT Nintendo.

What is Metroid doing all the way down here?! Seriously, 11?! Honestly, Metroid deserves better, which is obviously my opinion because I'm voting for it. Metroid has so much more than other Nintendo games, and some of the ones that are higher aren't even Nintendo series. Come on, Metroid deserves way better than this.

Metroid has always been my favorite. I've been playing it since the 90's... it was the first game I ever played. Nothing compares.

Part of my YouTube Channel Name if I make one has /Deluxe, which is part of the Kirby Triple Deluxe game.

This series is my personal favorite because it has all you could ever want!

The mother trilogy as it should be called has taken the spot as my favorite series. Ever. LoZ would have won, but it's less consistent in quality, though there are many more games. The reason for the Mother Trilogy being so good is that it really is unique, sure there are other rpg's, but how many of them have you fighting a overweight bully who's working with an insane alien, AND has you finding stuff in trash.
Not many, that's for sure.

I am a die hard Zelda fan but, the closest Zelda game to almost make me cry was OoT. The difference is Mother 3 and Earthbound made me want to re-think my life and the games literally made me sit in awe after I completed them. There is no other series like the Mother series but, Zelda I would put second for sure.

Best game I've ever played on any Nintendo platform. Great score, hilarious story, interesting characters. One of the few games that I ever just sat down and played straight through. A classic and truly enjoyable game.

Earthbound, aka Mother 2, is part of my absolute favorite video game franchise of all time. Is it downright criminal not to bring Mother and Mother 3 to the USA.

Remote so I the shaking T.V. the on sitting just memories many so me gave he kong donkey diss can't just you on come mean I

It is part of Mario.

Will suck your soul from what you think is real. But I love it.

Love I mean love Fire Emblem so much. But why is every body complaining about Mine craft I can not find it I see sonic but no Minecraft I think fix something for once.

Maybe it's the turn-based gameplay that doesn't make players tick. I love this set of games for how deeply fleshed-out their storylines are.

Fire emblem awakening and three houses are incredible. People will come to realise just how good these games are. So underrated.

Fire Emblem is super underrated. Fire Emblem Shadow Dragon might be my favorite Nintendo game ever. 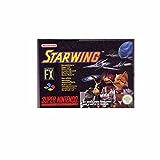 Amazing strategy game different from everything else Nintendo has!

Was not as popular in US but still a great series!

Many shooters nowadays are all the same - gritty, gory games that little kids play to feel cool. However Nintendo with splatoon and splatoon 2 has turned the mechanics of shooters games (kill) and slapped it in the face. The goal of splatoon is to cover the area with as much ink as you can, a delightful breath of fresh air from normal shooter games. All of the ranked modes are fun (tower control gets absolutely crazy), the single-player campaign is much better than I ever expected to be, and all of the weapons and outfits are varied in use and style. Splatoon 2 built upon these foundations and this is looking to one day be on the Mount Rushmore of nintendo (Mario, Zelda, Pokemon, Kirby).

WHAT?! This Series is fantastic. One of the better RPG's out there. It kinda went downhill after paper Jam but the remakes have been keeping this Series alive.

Anyone remember battalion wars 2 on the Wii?

He is owned by Capcom, not Nintendo.