Most Annoying Trends of 2018

Metoo is a bunch of attention seekers. Don't trust their fake sob stories. 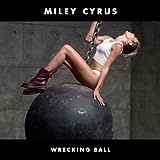 Nowadays, you can get away with a lot of things.

3 Labeling Everything as Offensive

Recently #Metoo got offended by an christmas song. What has the world come too?

People get offended for the silliest things.

All you heard in the year 2018 was this game. It is everywhere. Everyday, someone will mention this game. All 2018 long, I hear people say this, play it, watch someone else play it, get merchandise and wear the t shirts and do the dances. It got so popular that all the popular movies and T.V. shows included it in form of the word, gameplay footage, floss dance and other dances from that game and more.

All of my friends always posted on their snapchat story that they got a victory royale. As classic Peter Griffin says, "Oh my god, who the hell cares? " Also I despise Fortnite with a passion

Actually, twerking has been around for a while. I'm not sure you can even say that it's a trend...

That's not from this year.

What's up with twerking?

A lot of people from my family think this ok. They do this in Nigeria.

How the HELL is this not on here? Most trends on here are dead trends from 2014-2016. This was from this year and it's so awful!

People claim whites are racists yet they say so many bad things about whites and they aren't racist? Hypocrites

Seriously? Not on the list? Most trends here died before 2018.

These people do realize it's permanent. Right?

When will it stop being popular?

Nothing more than the beats.

School shooting is not a trend.

I don't care about diss tracks.