The one rule of the universe is that if something exists, then it is bound to change at one point or another. And unfortunately, these things from Gen Z's youth are now long gone. NOTE: By "Nostalgic Gen Z Things", I mean a multitude of things, including TV shows, games, stores, channels, websites, and much more. Also, if you're Gen Alpha, I mean no disrespect to you via this list. Anyways, onto the countdown.
The Top Ten
1 Blockbuster

Dang, I knew I was missing something on the initial list, but I could never really put my finger on it...

I used to have VHS tapes until we got robbed in 2004. We got most of our things back, but we never got a new VCR player. =_=

Coolmath Games was so popular at elementary back then. And now that Flash is gone and schools have found a way to block game websites.

Sad, but true. On January 12, 2021, Flash Player was shut down for good by Adobe, due to a multitude of reasons, including security issues, incompatibility with iPhones, and competition from HTML5. Most Gen Z kids grew up playing Flash games (myself included), and it's really sad to see internet history being destroyed. Sure, there's Flashpoint, but still, it's really shocking to see a former titan like Flash Player fall down.

I spent most of my life playing Flash games and it's sad that I can't play those games anymore. 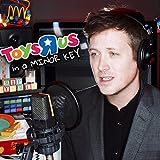 June 29, 2018 is a day that will forever live in infamy for Gen Z (and also maybe some very early Alpha) kids. My local Toys R Us closed in 2015, so I had already been deprived of the store for about 3 years, but I was devestated to hear it was going out of business entirely. They did try to make a comeback, though...at the start of the pandemic. You can put two and two together and guess what happened there. There is still some potential for the Toys R Us brand, though, considering how a few months ago, the brand was acquired by a company that plans to open new locations.

It's still astonishing how fast Saturday morning cartoons just...died. And all because of one company, Litton Entertainment. In the span of only about four years, they went from owning 0 Saturday Morning blocks to owning all of them, and in the process, destroying ABC Kids, Cookie Jar TV, and Vortexx (and if you want to go even later, NBC Kids). I will never forgive Litton Entertainment for what they and their crappy, Animal Planet wannabe shows did to Saturday morning cartoons.

Another retail titan that fell down in the 2010s (although they've had financial issues dating all the way back to the early 2000s). Kmart's fall is almost unreal, considering how they went from about 1500 locations in the early 2010s to only TWENTY in 2021. Even Sears is better off than them.

I went to Kmart a lot as a kid. I still remember going there and I miss going there. The last time I was at a Kmart was in December 2016.

At least there are MySpace clone websites that still have some active users.

Along with the emo/scene era. I still dig that stuff! 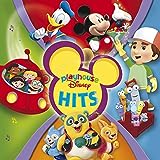 Now here's a loss that's less recent, but still very sad. I grew up on Playhouse Disney shows, including Mickey Mouse Clubhouse, Handy Manny, Charlie and Lola, Imagination Movers, and Little Einsteins, and I was really sad to see Playhouse Disney turn into Disney Junior, especially since there were plenty of shows from Playhouse that didn't cross over to Junior (including My Friends Tigger and Pooh, amongst others).

Unfortunately, it's unlikely that Club Penguin will ever (officially or unofficially) come back, especially after the failure of Club Penguin Island and the 2020 CPO pedophile leaks. It's really a shame, considering Club Penguin is one of the most nostalgic MMOs for me and many other Gen Z kids.

On September 16, 2020, Nintendo officially discontinued the New Nintendo 2DS XL, thereby killing the DS line after 16 years of constant new consoles. And with the release of the Switch Lite, the fate of the line seems to be sealed. Hard to believe that the DS went from being just a third pillar to the GameCube and Game Boy Advance to becoming a massively successful console with tons of successors and new models. 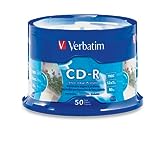 Most people only really remember The Hub as "that one network with the pony show that a lot of grown men liked". However, I really liked The Hub as a kid, despite me despising MLP at the time (I'm now neutral on MLP, for those wondering). It introduced me to classic shows such as Animaniacs and Tiny Toons, and it also had some killer original programs, such as Pound Puppies, Twisted Whiskers, Maryoku Yummy, and of course, DAN VS! They should have never rebranded it to Discovery Family, considering how infinitely worse it is than the Hub.

THQ Inc. was an American video game developer and publisher. Founded in 1989, the company developed products for home video game consoles and handhelds, personal computers and mobile devices. Its name derived from "Toy Headquarters" during its time as a toy manufacturer in the early 1990s. In 2012, ...read more.

The (former) master of licensed games. Sadly, after the uDraw GameTablet flopped, the company ended up spiraling out of control and went bankrupt shortly after. It's really sad too, considering that if they had kept the uDraw on Wii only and had never tried to port it to the PS3 and Xbox 360, they would probably still be in business (and we would have never gotten those awful, awful Activision SpongeBob games). 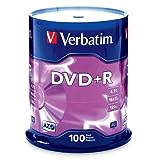 I think we can all agree that Vine was a better app than TikTok. It was funnier, less annoying, had more memorable memes (the comically large spoon, watermelon, etc.), and it was just overall a better app. It's a shame that Byte isn't more popular, considering it's infinitely better and more faithful to Vine that TikTok.

I wish Vine was still around. 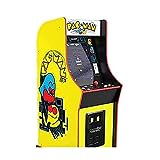 So many memories, I still have one, but I'm not sure if it still works. 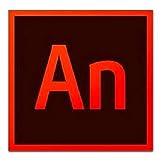