There are a lot of great games out there for the N64 that just got swept under the rug by the bigger titles.
The Top Ten
1 Chameleon Twist

Loved this game and still do! The ONLY Complaint I have is too short!

Agreed! - best soundtrack for a game. You think you've explored an area - then the game forces you to backtrack and you find out that you've only seen a small part of it. Then you discover a landing bay which can take you to a whole new planet to explore! No game I've played since has the same game-play and level mechanics that this masterpiece has. I almost voted for body harvest but there can only be one.

Great soundtrack, great graphics, great gameplay. Not to mention one of the first 3rd person shooters to do it right. This game was another masterpiece by Rare, that for some reason didn't get the praise it no doubt deserved. As the creator of this list, I hope this game stays at number 1 where it belongs.

Easily my favorite Doom game. Mixes the great level design and intensity of Doom 1 and 2, but upgrades the horror with its excellent soundtrack and darker atmosphere.

Almost as good as Mario Kart 64

This game I will always remember as a child. It was dark, a little scary and one hell of a trip to "deadside". To the opening sence to the very end. The soundtrack is perfect for each level/place you vist. This will always be a personaly favourite of mine.

If you haven't played this game and got a n64, get this game. If you don't, get both and enjoy.

This was one of the first games I ever played on the Nintendo 64. It is truly a shame that I do not own this game anymore, it was such a blast and a huge part of my childhood.

It wasn't made by rare, but honestly I remember me and my friends playing this more then goldeneye. Why it never received any praise is beyond me.

I enjoyed this more than GOLDENEYE007

Its only flaw is it's not goldeneye

This game was by no means a failure or overlooked by the public. But for the quality of gameplay and originality this game offered, it definitely deserved much more. Nintendo saw its potential and went on to make 2 sequels. The thousand year door was in my opinion one of the greatest games I've ever played.

It's a Mario RPG seams cheesy at first, but it's really good.

This is such a fun game to play, so much do E. G, the missions, training and death matches. But the best part of the game is the 4 player multiplayer, this game is extremely underrated and deserves far more recognition

It had simple mechanics that anyone could use, a great soundtrack, a good multiplayer mode, and a great single player adventure. 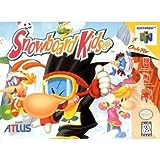 What I MEANT to say was this game gets overly skipped.

This game gets overl

I've never seen anyone talk about this installment, yet it's my personal favorite in the series. It's a good, but underrated game.

Got to love a game where the developer spells their OWN NAME wrong on the title screen!

Best by far of the 193 harvest moon games 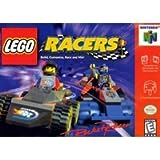 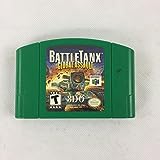 Used to play hours on multiplayer and deploy turrets all day

One of the few RPGs on the N64 (and much better than Quest), a great athmosphere and a unque combat system