Top Ten SNES RPGs that Never Were Released Outside of Japan

SNES had a ton of RPGs, but quite a few of them were never released outside of Japan and I've played them. Note that these games would require emulation and a fan-made ROM translation if you really want to check them out, unless you can read Japanese really well.

This list includes SNES games only released in Japan, even if some of them like Final Fantasy V got ported to other places on different consoles. Terranigma isn't on this list by the way since it got a PAL release in European countries.
The Top Ten
1 Live A Live

This is a FANTASTIC game, unique battle system, about eight different plots, and so many different settings. Play as a cowboy, ninja, little robot, or prehistoric man amongst other characters, and witness how it all comes together. 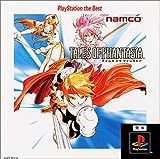 Another game that stretched the SNES to its peak. Good art, linear motion battle system, and a whole lot of other things covered.

The third of a series started by Final Fantasy Adventure and continued by Secret of Mana.

The very first Star Ocean got Tri-Ace on the map. I'm currently playing through this game, but it has unique action-based combat with multiple character endings and private actions. The game practically stretched the SNES to its limits.

Have yet to play it, but it seemed to be popular among hardcore JRPG enthusiasts.

6 Treasure of the Rudras

At some point I will probably play this game too.

Quite fitting that I put this in fifth place. It's got the aspects of the third game with a nice motive for training characters in different jobs.

Heard it was a well received game, although I'm unsure if I will play the second game first or not. This one had a good fan translation while the other Romancing SaGas did not. 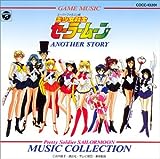 A very quick RPG with Chrono Trigger-like graphics. Also has some gameplay mechanics similar to Chrono Trigger, and both were made in the same year.

My Father bought me this game when I was three. It got me into games. I love it forever!

I have yet to play this one as well, but it's another one I heard was actually pretty good.