The Top Ten
1 The Legend of Zelda: Breath of the Wild

Hyrule is absolutely enormous in scale, and at any point you can get a great enough view, you can see all of it in spectacular detail thanks to the absolutely crazy draw distances. Of note is the first scene when Link runs out of the Shrine of Resurrection and, as the main theme for this iteration plays, the camera pans up and reveals Hyrule in all of its beauty.

Has impressive graphics and the game runs really well. But the platform in some parts of the game looks whacky.

Turn on Mario Kart 8 Deluxe. Pick a track. Any track, new or returning. The level of detail is nothing short of remarkable. Nintendo really went to town for this one.

6 The Binding of Isaac: Afterbirth+

One look at the trailer and you will see why everyone is impressed: the visuals are beaitofil. In terms of graphics, this game has a bigger difference between it and Galaxy than between Galaxy and Mario 64. Keep in mind that Galaxy doesn't even look a day old at this point.

This game has absolutely beautiful graphics! Bonus points to the fact that it's a Mario game,and Mario games don't usually haw graphics as good as this.

What, the graphics look amazing!

Splatoon 2 has the best color palette out of real any video game right now, which is impressive by itself, but even more-so for a shooter, and a post apocalyptic one at that. Everything moves fast and without difficulty, and is just a whole dang lotta fun to watch, and the characters have a distinct 1990's Nickelodeon/Anime hybrid style to them.

Definitely the most best graphics if I do say so myself, I love the way the ink you swing around splatters across the floor! Recommended for the people that love call of duty or a fan of bright colours!

Super bright and vibrant, runs fluidly on or off dock.

12 Bendy and the Ink Machine

This game isn't in the top ten this is crap!

This is the best game ever!

Graphically the best smash game. The visuals are very good and character models have better shadings. 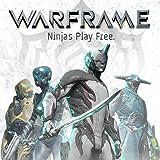 Is currently the most realistic looking game on the switch. 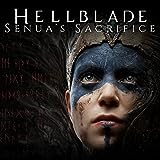 Has better graphics as compared to fifa games on other nintendo consoles and mobile. If compared to the fifa 19 on xbox one and ps4, then the nintendo switch lacks those type of graphics and gameplay. Hope fifa 22 comes out for the switch as frostbite edition.

The graphics are SO AMAZING

If you look at footage of the game, it looks great. And the experience is game changing in handheld mode. There truly isn't anything like it.