The horrible broken down control kills it.
Also why is super princess peach on this list?
It's a DS game not a SNES game.

I don't usually complain about voice acting in a video game. But this game is an exception...

I'd rather scratch a chalkboard than listen to the voice acting.

No one wants to learn in a game

This game is terrible I can't believe I own this garbage! Well technically I downloaded this with a bunch of Xbox, Game Boy, SNES, arcade, and Sega Genesis games.

This is why you should never make a game about balls again. My spine broke while playing this.

UltraDman touched this. Video Games Amino, who finds this to be one of the ugliest games in the universe.

Did Jar Jar Binks create this game? Because he loves to be annoying.

Lester will just run away and you have no control when that happens. He will even run off of cliffs. Imagine if other main characters did that.

If your main character is afraid of a CRAB, then it pretty much says everything about the quality of your game.

This game is garbage. Your character will just run away at random times and get himself killed.

How is this not number 1 on the list? This really is the worst gave I've ever played

A terrible port of the arcade game. Just try beating this fighting game with just one bar of health, if you didn't lose it to the first guy already. It's even worse than Shaq Fu. Stick with the Genesis version.

And what the hell is Super Princess Peach doing on here that's a DS game! And Super Metroid and Yoshi's Island are awesome, why are they on this list?

This game is one of the worst fighting games to have been released. Lacks of everything... even when I was young I was angry to have spend 5 bucks to rent it.Today at 33 years old and still a retro gaming fan, every time I see this game I can't stop laughing. In my 50 worsts games of all time for sure)

This game isn’t for viewers under 21 years old and its most nightmarish moment was the corpse in the game over screen. That screen would scare off children and make them cry. I started to play this game when I was 12 and it gave me nightmares. Don’t let anyone play this nightmarish game from hell.

We finally found the disturbing thing in the game over screen. It’s from a Japanese mondo film called “New Death File III” aka “Death File Yellow”. Does anyone posted that comment yet? I think I was the first one who posted comment about the update of the corpse on this website. Anyways, this game is so bad.

Too bad I asked james to review this game now we have the comment section full of people saying avgn bought me here avgn bought me here but guess what NO ONE CARES! I knew this game wayyy before not really anything to be proud of but whenever I say a joke about the game people will now automatically assume that I got to know the game off avgn -. -

I’ll tell you the story of this game.

The year 1997 has arrived. A herd of ugly reds are rushing from the mainland. Crime rate skyrocketed! Hong Kong is ruined! Therefore, the Hong Kong government called Bruce Lee’s relative, “Chin” for the massacre of the reds. Chin is a killer machine. Wipe out all 1.2 billion of the red communists! However, in Mainland China, there was a secret project in progress! A project to transform the deceased Tong Shau Ping into an ultimate weapon!

WHAT WERE THEY THINKING?!

A video game about diabetes that was probably created to give people diabetes. Can anybody say Rainbow Of Doom!

This game teaches you about Diabetes. that's all

It's a boring ass game about diabetes, and there's literally nothing else, except for shooting up some medicine and playing through terrible looking "platforming" stages. Terrible game, never play it, even if you're diabetic.

Wow, I found pieces of graphics that are WORSE than Ballz! This is Wisdom Tree's take on the game, Wolfenstein 3D, and it's HORRIBLE. The visuals are the worst I have seen in my life. There were blurry ones in an 8-bit game. The animals are all obnoxious. The writing is BAD. The plot has more holes in it than a 100 pound swiss cheese! This game is also RACIST against the Christians and ESPECIALLY the Jewish. The main character even says this! This is a horrible game made out of only GREED.

Wow, this game ripped off Wolfenstein 3D. It had stupid animals going to sleep and it’s just so boring. It was so ridiculous like what the heck was I playing. Just as I remember, it was so boring like ridiculous, oh my god.

Whole game was based on a lie in the first place, also wolfenstein 3D

9 Rise of the Robots

The fact that Mega Man X2, DKC3 and Earthbound above this gives me cancer.

I've never played this game, but I did see an ad for it once. The ad gushed over the graphics, but said nothing about the gameplay. Probably because it was bad.

This is the worst game ever made.

It was bad on every single console, especially this one.

You know, I liked this game a LOT better when it was called Turtles in Time, had solid controls and great music, and was, oh what's the word I'm looking for..oh yeah, FUN.

Ugh one of the worst games of all time! Downright UNPLAYABLE!

P.S. HOW is Mega Man X2, Super Metroid, and Donkey Kong Country 3 even on this list!? This is for the top WORST games on SNES, not the best!

Bebe=baby, baby kid, does babys can have kids?

Oh God! This game is STUPID AS HELL! Even when I first played it, I could not get through it.

The Contenders
11 Mario Is Missing

Why do Yoshi and Mario look high at the beginning of the game?

Maybe this is why Luigi doesn't get the respect he deserves.

Hey Mario where are you? It's me Mario! He's not missing

Hey, I can name something else that's missing: FUN!

Too bad the Wizard couldn't grant a wish for a game that was actually fun to play.

It's equivalent to crap. Totally unfair with weird jump mechanics.

Worst and most unfair SNES games ever

A daily reminder: someone played the original Pac-Man game, and thought to himself: "You know what Pac-Man needs? Life problems."

A lousy excuse for a game. With a period the Pac-Man is no longer shaped like.

Of course they'd make a sequel with a wimpy Pac-Man.

WHAT? It was not the best Megaman X game, the first was, BUT COME ON! Megaman X2 was not hard, it was still a classic. The one that put it on this list is a 4 year old. DO NOT LET CHILDREN ON THIS SITE. PLEASE!

I found this one to be easier than the first Mega Man X game. Absolutely no fun in an easy Mega Man game.

One of the first Mega Man games I played on SNES...why is this on the list?

This Game is amazing! Not as good as the first, but still graet. Why is it even in this list?!

This is one of the most annoying and yet boring games I’ve ever had to sit through. This game wants to say something about what can possibly go wrong, but has no idea how to pull it off even remotely competently. The graphics really feel like there are frames missing, and the production just looks like it was made for an elementary school project (because it was). The humor is what you’d expect from an infamous line: stereotypical, gross, and pandering. After a while, it doesn’t even affect you anymore, and the whole thing just becomes boring as heck. I actually felt brain cells die while playing this.

Bubsy is a Sonic rip-off with HARD levels in the last 3 worlds with crummy sequels with Bubsy 3D being a lazy & cheap Mario 64 ripoff and became the killing blow to the Bubsy games.

"Man, Sonic the Hedgehog would be so much better if it had no hit points, kept repeating level motifs, was more difficult to control, and had awful physics! "
-Said no one, ever

Its trying to be like sonic, but if you get hit only ONCE you're dead. Plus there is fall damage in a platforming game. fail.

Someone is definitely trolling by placing this game here. It's honestly one of the best RPGs I've ever played... It doesn't necessarily revolutionize gaming or blow all other games out of the water, but it's so charming and so damn fun.

Even though I think Earthbound is an overrated game. Its doesn't deserve to be on this list.

Heh no wonder those anime weeboo types love this game, this game is so low teir it's on their level no wonder they love it so much.

Oh my gosh. You have to be kidding. This is one of Nintendos crowning achievements!

What is this game even on this list? It was one of the best snes games out there!

Why is this game lollipops underrated?

Jontron explains it all

The nerd needs to do this one

By far the worst game of all time. Play it and you will hate it! TERRIBLE! 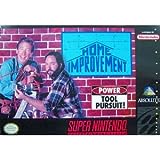 Tim the Tool Man goes back in time to fight dinosaurs. No, really. I'm not making this up. I'll give $100 to anyone that can make it past the first two levels.

Look, nobody really expects anything spectacular from a "Home Improvement" game, but even with that in mind, no game has the right to be THIS bad.

Actraiser isn't bad at all, it even had a pretty good reception when it came out. I'm pretty sure whoever's posting these games is a troll/hater.

You thought Bubsy 1 was bad? So this game, unbelievably, the sequel of Bubsy is way worse! It has god-awful music, terrible level designs and one of the worst voices in video games! This game should be deleted from existence!

Believe in me, even worse than the first one!

Look, if I wanted to learn about asthma, I would just visit my local doctor, just keep it out of my video games!

A stupid educational game where you play as a dinosaur with asthma.

Mega Man X is an awesome Game! Whoever put this game here must be assassinated by Mega Man X himself!

Best megaman game on the console in my opinion- put this off please.

Have you even played the game, whoever put it here?