How I added Images To My Posts

MLPFan So after the 'Sayaka Maizono Rant' post I did before (which If you haven't saw, you can read It here ), some users have made comments over how I could add the images. Now don't say I hacked the system since I didn't. It's a real feature you can make while writing posts, despite how I think very few people know this feature.
And It's not that hard. It's just like eating a slice of pizza. In fact VERY EASY. Now allow me to explain how I did It:

Now try to open a new tab and try to open add post (doesn't matter what list you're going to make it at. Just go to a random list and add post, you don't have to bring any writing tools with you, though, there won't be any notetaking) but still keep a tab open for this post. Try to look at the bar with the symbols. There's a small T and a larger T symbol, a B symbol, a slash symbol, a U with an underline symbol, a symbol with 1,2,3 with a list format, a symbol with three stacked dots in a list format also, an S with a streak symbol and two other symbols,which I'm going to talk about.

If you look at the two remaining symbols, one looks like a chain and the other one also looks like a chain, except the second one has a slash in the middle of the chain. Let me ask you, can you guess what are they for?

To add an image to the post, you must:
Now please ignore how many pictures there are. Something like that might happen sometimes and sometimes no room could be made to write anything else after inserting the image. Though If you were to add images to your post, please consider the place where you'll add the link as It might end up being in the wrong place. And you might want to leave some space to write after the image.
Let's just end it here, I hope this can be helpful. Bye! 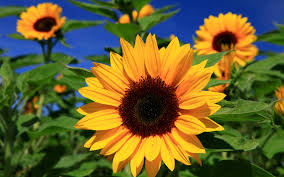 This made me chose Sunflowers:

I use a mobile, so all I needed to do is just tap the word 'website'. There are 3 choices then: Website, Images and then E-Mail. I've never tried Email but I know how to change it from website to Image or Email. Just tap website that'll open the 3 choices and then tap Image or Email. And then just copy and paste the link you want. I've never done that on a computer but It's worth a shot 😊 - MLPFan (7/24/2017)

Actually, I think both a computer and a phone are needed, because whenever I try to click on the image tab on my computer, it only shows the website option. So usually, my best option is to use my phone to further expand the visibility of the image tab so I can add an image to my post. Just wanted to throw it out there for anyone who might have trouble adding images to posts on their computer. - ModernSpongeBobSucks (11/11/2017)