Ten Great Things About Wii U that Nintendo Switch Doesn't Have

Generally, I think the Nintendo Switch is better than Wii U for many obvious reasons, but there's also the flawed side of the-- Let's take a look at it:

And yes, this my first list made on my new account.
The Top Ten
1 Supporting more than 100 Miis
2 Gameplay functionality that requires both Gamepad and TV at once

You seriously think this is a good thing? That means you're forced to use the gamepad and the TV at the same time. 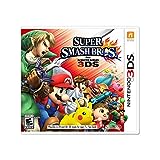 Oh sure, because SSBWiiU is better than SSBU!

It's actually a good thing that the Switch doesn't have this

Other modern consoles have them. Why not the switch? This was a major downgrade Nintendo.

It's on the Switch now.

The Wii U's online play is free! Just connect to the internet and done!