Top Ten Best Things About the Wii U

I love this controller. The buttons are big, the screen is a nice feature, it's comfortable to hold, the features are neat, and the TV button is cool.

It has cool features I just wish it didn't have such a short battery life because as a gamer I need more than two hours of battery life.

2 So Many Great Games

Gameplay wise, quite a lot of them are miles better than what the Wii had to offer, plus there was nowhere near as much shovelware.

Why buy a bunch of different Nintendo consoles, when you can buy over half of them for $300 dollars? Now that's a discount!

Are you a kid and want a Facebook account, but your mom says you're too young? Miiverse is the closest you're gonna get. 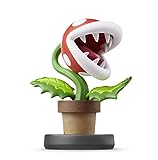 This is DLC done right, except it isn't DLC. What will they think of next?

Though it's not as HD as the PS4 or Xbox One, it still looks stunning!

9 You Can Play Wii Games on it

I love that, you can play double the games.