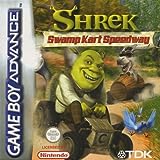 Must play game. Very good graphics for Gba, soundtrack is amazing. Gameplay is similar to Mario Kart but a bit better

Greatest racing game ever. Let's make it number one!

legend of the gaming industry

Out of all the Castlevania games on the GBA Aria of Sorrow has to be the best, adding new gameplay elements better visuals and great soundtrack make it the best of the 3.

The first major Fire Emblem game released in North America and while it borrows RPG elements from other previously released games like Advance Wars it still proved to be a really good RPG game for the GBA.

I agree, this game is awesome. But sadly, suffers from having the worst fandom out of any FE game.

Despite being a remake of an old SNES classic it still plays very well its still a pretty good port of the original.

A "Modern" Sonic game that plays almost like the classics. I really enjoyed this game, too.

The first Metroid game featured on the GBA while short it was still lots of fun to play and pretty terrifying with new enemies the SA-X who mimics Samus at full power who appears from time to time as you have to avoid and run from. - egnomac

The SA-X was just terrifying.

14 The Legend of Zelda: The Minish Cap

One of the most underrated Zelda games ever made which was released near the end of the GBA's lifespan the game has Link using the Minish Cap in order to reach temples and secret areas while not as good as other Zelda games on the handheld its still worth checking out. - egnomac

If you're a hardcore Pokemon fan, this game is a must have! It beats Ruby and Sapphire in my opinion, mainly because you can catch not only Kyogre and Rayquaza or only Groudon and Rayquaza, but all 3 of them! It's just plain awesome!

This game doesn’t get as much recognition because it was only released in Japan, but when you play the fan translation you are playing a masterpiece.