Top Ten Lego Themes That Need to Be Made 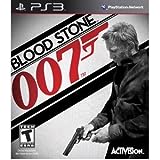 I am honestly astonished that this isn't a franchise already.

It would be perfect in Lego, how could Lego of went 50 years without ever making this theme? Just think about how much money Lego would make from this and there are loads of set possibilities with 23 films and all the cars, boats, planes, bases and loads more would be great sets. James Bond is the second highest grossing film series in the world and first after inflation so it's well known and has loads of fans. All the other high grossing film series like Harry Potter, Star Wars, Lord of the rings, batman and the super heroes themes have all been very successful themes. So Lego should make this theme.

One time they tried to make a video game for that but it got cancelled.

Come on Lego, make this already. Little over 50 years of Bond, cars, villains, love interests, and gadgets, why has Lego skipped this?

Doctor Who is a British science-fiction television programme produced by the BBC since 1963. The programme depicts the adventures of a Time Lord called "the Doctor", an extraterrestrial being from the planet Gallifrey. The Doctor explores the universe in a time-travelling space ship called the TARDIS. ...read more.

Daleks and whatever else the heck Dr. Who has to offer should be in Lego.

They made one for Ideas, now there are 2 for LEGO Dimensions!

They have an official ideas set released! Go to Lego shop and check it out!

Could be good cheesy fun.

Yeah! LEGO Thunderbirds are Go! would be awesome!

I am a Lego designer and I am working hard on this. The project is hard so expect this theme in the future. I am also working on smash bros. As well. You guys are going to like the kart designs trust me.

I'd love to see a Lego Yoshi!

I even Made 2 karts-one for Luigi and one for mario.

They would NEVER do this.

If they are gonna do this, they have to remove sexual stuff.

This would definitely not happen...

I think this would be awesome - they already created a kin'x Mario Kart, but why not do Lego Mario anyways? They have several Lego Super Mario references in Lego City: Undercover, so why not make it into sets? I'm also hoping that Lego Worlds for Nintendo Switch will have Mario references like Minecraft: Wii U edition and Lego City: Undercover! I'm going to build some awesome freckin Mario stuff in Lego Worlds for Nintendo Switch anyways, in fact, I'm considering creating my own Youtube channel just to make some videos to show-off these builds, as long as I can make them cool! Please be sure to look-out for these videos, around summer of 2018 - I'm not saying that I'm definitely going to make these videos, but I might, so just be aware! Also, two days ago, I built a Super Mario Airship out-off Lego, and it was awesome too, but today, I tried to add wheels to the extremely fragile bottom of it, and it broke - I tried several times to fix the bottom, but it kept breaking in different ...more

Bad news: Nintendo confirmed they don't want any LEGO sets of their games.

I want a yoshi figure from Lego.

If this was created Lego would go on a whole new generation of Lego pieces like goombas and koopa shells and Bowser's shell and Mario, luigi, wario and waluigi would have the normal cap but with a torso and just imagine stuff like Bowser's castle and the boo mansion made out of Lego and yoshi! Mario could ride him instead of the Lego horses and other stuff, Mario kart could include stuff like new karts and stages to go with it and also tanooki Mario and kitsune luigi could have new tails, get this to number one and Lego make this now please!

I haven't yet seen the movies.

This definitely deserves to be number one on this list. All the other items seem too mature or too childish for Lego to make a successful brand out of. With this brand, Lego would not have a difficult time making the sets thanks to The Hunger Games's great scenery, and it is not too young like Phineas and Ferb and is not too violent like Call of Duty.

I can just imagine how well these would sell, and also how awesome the sets would be.

It's. So good on minecraft so I think it be an amazing theme

They could have dinosaurs time, ice age, kung fu time, the time before the dinosaurs, knights time, and the future.

There used to be a theme about this a few years ago but they retired it and it might be coming back.

Isn't this Doctor Who?

That's a great idea. maybe you can put in dodo birds. what do you think?

Top Gear is a British television series about motor vehicles, primarily cars, and is a relaunched version of the original 1977 show of the same name, airing since 2002, and becoming the most widely watched factual television programme in the world.

Top Gear is the most popular car show in the whole world. Can you imagine how cool it would be to have their home-made electric car, or the convertible mini van, or those stretch limos they made. If there was a Lego Top Gear theme, I would have it in a heart beat!

LEGO was going to! A photo of a planned set was leaked online. Alas, it never got made...

They made a figure for the main guy already.

The Moomins is a stop motion animated children's television series based on the Tove Jansson's Moomin series of books which was produced by Se-ma-for and Jupiter Film between 1977 and 1982 for Polish, Austrian and German television.
? Trials of Mana

Not happening due to MK being violent for younger audiences

Who the heck thought this could become a theme? Although pre-dismembered Minifigures would help...

Why not make a mortal combat theme

I want a sonic and tails figure from Lego.

On Lego ideas I tried to submit a sonic theme. They said they wouldn't make deals with Sega.

Sonic will be in Lego Dimensions

Unless they use Lego: Friends bodies, Sonic would be horribly fat.

Total Drama is a Canadian animated comedy television series which is a homage and parody to the conventions commonly found in reality television.

This would be awesome. So many people (myself included) would throw money at this.

That would be awesome.

Total Drama will be great

I LOVE THIS SHOW! I WOULD BUY EVERY SINGLE SET!

The Simpsons universe is huge and everyone has a favourite Simpsons character. I think it would be really interesting to see how they'd make a Simpsons themed Lego game.

They made it, simpsons house

It's funny because this happened

They made it already.

16 The Legend of Zelda

I would buy the set if it would happen, I want a link figure now

Zelda sets would be lit, but Nintendo really doesn't want there to be a LEGO theme for some reason; there have been literally hundreds of Ideas projects petitioning LEGO Zelda, yet none of them get accepted.

People have been trying to get these sets made for ages on Lego IDEAS and stuff, but none have got past the accepted stage.

That would be awesome

I would KILL for this!

I built an awesome walking dead set for Lego ideas, but my cousins demolished it

Oh yes but alas it would never happen

They will NEVER do this.

I would love to have one of the lego minions

I would love because I sit on ze toilet

Yes, a mega man figure would be easy to make.

I totally agree! JP would also be able to make sets for the next movie in 2014, so it would go perfectly!

I bet it is coming next year

I would love to see all the dinosaurs that they would make!

Super Mario bros is Nintendo and Nintendo will also have so many more cool Lego sets so Nintendo needs to be made!

I work at Lego and I am working on this.

Wipeout is a decent game show, and with Lego, there would be many opportunities for the use of motors and other Power Functions. And since Wipeout has many obstacles already being made, there are, as already stated, plenty of opportunity!

A Wipeout set could be awesome, imagine the play features!

I was thinking about the same thing! I would love to see Lego Godzilla sets!

You'd need either a small city, or a BIG Godzilla.

This would be awesome. expensive, but awesome, maybe something like lego architecture