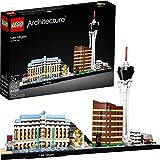 Vegas was the first LEGO architecture set I ever purchased, and it did not disappoint. It contains many wonderful small replicates of many iconic locations on the skyline, including Luxor Hotel, The Bellagio, The Stratosphere, and Fremont street. It was a very fun one to build and looks great on display. This one is much smaller compared to other skyline sets, like the enormous Dubai, but it makes up for that and then some in quality. Vegas has a special place and lots of memories in my heart, so it goes in first

Really lights up my boring work desk. Everyone else is so jealous! 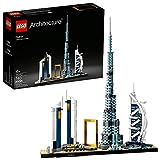 Dubai is a beautiful, fun rendition of the iconic skyline. It is by far the largest in pieces and size, actually over double the size of smaller ones like Venice and Berlin, and is obviously the tallest due to the beautiful Burj Khalifa. This is the newest one I've bought, and it may be my favourite. It contains the Jumeirah Emirates Towers, The Dubai Frame, a beautiful Burj Al Arab build, and an enormous Burj Khalifa. Almost double the height of many other skyline sets, and I would have put it in first if it weren't for the specialness of Vegas.

I love how they made the palm trees using Olive green herb pieces. So creative!

This one is even smaller than Vegas, but it still is one of the ones that grabs your attention the quickest. I am currently waiting for this one to arrive (just ordered it) and can't wait. Big Ben and Trafalgar Square aren't very large, it's true, but the London Eye is enormous and the Tower Bridge is super nice.

I own this, Vegas and Tokyo and I love them all. I went to London when I was a small boy and this perfectly recreates it. Love it.

I love london. Small but sweet, beautiful, and fun to build.

I love this set and I love London. Best city in the world!

for some reason there isn't a picture, but this one is the best. I own 8 of these and this one is definitely my favouirte. The Skytree is enormous, the mountain in the background is great (is it mount fuji), I love Tokyo Tower, the crossing is the best and brightest part of the set, and the cocoon tower was such an interesting build. There are also three smaller but cool Temple things all with different names, a river, and a bunch of nice little trees.

Another very nice addition to the architecture theme. This has so much detail and so many different locations that it's almost two different cities! I love the clever cherry blossom trees, and stuff like the Tokyo Tower and the Tokyo Skytree are enormous and pretty. Wonderful set.

The Skytree is enormous, the mountain is a nice background, the Tokyo tower is pretty, the three temples are beautiful, the little trees are nice, and my favourite part is the crossing.

I wish I have the set 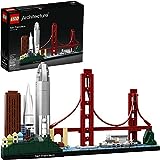 This is a very nice architecture set. With the (not accurate but good looking) Golden Gate Bridge dominating the set, a perfect and tiny rendition of Alcatraz island, and a nice skyline on a rolling hill with many different buildings, this is one of the best that LEGO has to offer.

I really love water and Bridges in sets like these and San Francisco doesn't disappoint. The Golden Gat bridge is beautiful, and I love Alcatraz and Transamerica pyramid.

One of the first architecture sets I have ever bought, and it is pretty good. All the buildings are nicely done, though I don't love the Statue of Liberty, and it is very tall, with the Chrysler building, One World Trade Center, and Empire State Building being the main attractions. An okay and engaging build. One of the most popular architecture sets, but not my favourite. 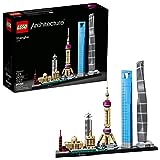 Not super interesting, like New York, as it's just a couple small buildings and then a couple enormous ones all in a row, but the towering Shanghai tower is super cool, and it's amazing how they made it twist using just LEGO pieces. Some of the building techniques used were fascinating.

I never knew about this genre but it does look interesting. I may consider purchasing some.

This is easily the greatest one. Everybody agrees 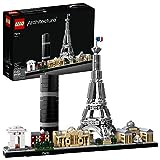 A nice one that never particularly interested me, as the Eiffel Tower is the only really interesting building and it's exactly the same as Tokyo tower, only a duller color. The other buildings didn't interest me too much either but this is still a decent set and is very popular. 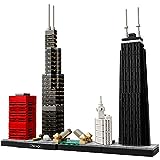 A very old architecture set that kind of sucks, but it has iconic buildings and looks pretty big, so it made it onto the top ten. There are only, as of now, 12 architecture skyline sets anyways 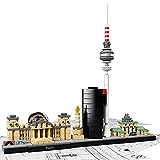 Just a nice but tiny architecture set that retired years ago. 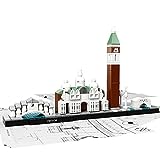 I have this set at home, and it's pretty straightforward to build. These sets are pretty elegant and suitable for display. I highly recommend it.

The oldest ever LEGO architecture set. A short and sweet one, that includes the bridge of sighs. 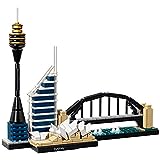 An older one that is no longer available on LEGO store, but a nice one nonetheless.