This list was inspired by the South Park episode “Good Time With Weapons”. My older brother came by my house to visit and as we were hanging out, that South Park episode came on the TV. My brother and I were laughing at the fact we, and most other kids we knew, had a lot of weapons as “toys” although none of us ever had a Chinese throwing star stuck in our eye. This list is on weapons that was common for Gen-X kids to have as “toys”.
The Top Ten
1 B.B./Pellet Gun

Much more common these days for now-grownup gen x'ers to have one of these to eliminate birds who perch above their cars, or punish neighborhood cats and dogs who enter their yards and leave souvenirs.

They used to give these out at baseball games free as a novelty gift. Almost every kid at the time had these. Kids would bring them to fights and brawls to use as weapons.

"Weapons from the Far East" were VERY popular during the time. Just like the South Park episode "Good Time With Weapons" kids would buy, or have their parents buy, these weapons to "play" with. We use to sharpen them and throw them onto wooden fences.

A lot of kids would make homemade nunchucks at the time. I have seen so many kids smack themselves in the head or face (including myself) playing with these.

Surprisingly very common for Gen-X kids to have these at the time. They were really easy to get at the time being that corner liquor stores use to sell them and a lot of the times they didn't care if they sold them to kids. For some reason it was "cool" to own these at the time. I had a friend who sliced the back of his hand pretty good with mine.

Same as the butterfly knife, easy to get being that they were sold at corner liquor stores who would sell them to kids. These were cheap though. I heard (not sure if it's true) that a real stiletto knife has a powerful ejection while the ones we had you could stop the blade with your hand.

Here's something common Gen-X kids did that you youngsters may have never heard. You know of or remember those switchblade combs? Well we use to slide the comb out and replace it with a real blade by cementing or glueing the blade into the slide.

Also sometimes sold at liquor stores at the time though not as commonly as the knives. As common as they were, I can't ever recall them being used in a fight that I have witnessed.

Some decently powerful ones were sold as "toys" at the time. Pretty dangerous. Didn't help that we use to sharpen the hell out of the tips of the arrows to shoot into trees and fences.

More of a boomer "toy" but some of us Gen-Xers still had them. Honestly, probably one of the most dangerous "toy" on the list. 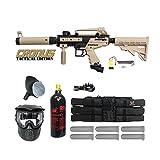