Fighting games normally have original characters, but every so often, an amazing fighting game with already licensed characters is released. With games like Super Smash Bros. , Marvel vs. Capcom, Playstation All Stars: Battle Royale, and Injustice: Gods Among Us, it's clear that licensed franchises are great subjects to fighting games. There are so many others that just NEED fighting games, and this list is dedicated to them (crossovers included).
The Top Ten
1 Marvel vs. DC

Hell Yeh! Just imagine. Deadpool vs deadshot. Batman vs iron man. Superman vs hulk. And a great chance for spawn to be dlc. And Thanos and darkseid as preorder dlc characters. Yess!

Street Fighter vs. Mortal Kombat may be overdue, but Marvel vs. DC is the next generation of overdue. These companies have been around with us forever, and since they've both been in fighting games AND COMIC CROSSOVERS in the past, there is no excuse... literally NO EXCUSE... for this not to happen.

If there was at least one game that had Hulk vs Superman, Spider-Man vs Static, Wonder Woman vs Captain Marvel, etc oh man that would be awesome.

This would be epic! Marvel vs Capcom is alright,but I'd prefer DC vs Marvel(I prefer DC to Capcom),but Marvel and DC are rival companies so not much hope.It'd be awesome if they did this as Injustice 3,and introduced a huge roster of Marvel characters and a few more DC characters.

Come on Ed Boon, this is way too overdue! With the releases of Mortal Kombat vs. DC and Injustice, it's clear that you love crossovers, but if you love your fans than you have to do this! For years now, we've awaited this, hoping that one day, Ryu and Scorpion could officially fight. If it actually happens, you can expect to see yourself bathing in money.

Just give it to us already, Ed.

I understand that Star Wars has had several fighting games, but none of the games, and I mean NONE, were very good. Another attempt would be very welcome, and with the help of Disney, we'll surely be surprised. Seriously, Star Wars is one of the most famous, highest grossing, most beloved franchises of all time, and it needs a good fighting game!

I mean, we have Disney Melee Mania… but that's just a Brawl Starts ripoff. We want an actual FIGHTING game with all these iconic characters.

Disney has been around since the 1930s, and since then, they've had lovable characters, amazing movies, and a dedicated fan-base. With the release of Disney Infinity, it's clear they understand crossovers, so why not a fighting game? Combine old Disney, new Disney, Pixar, and maybe even guests from Marvel, Star Wars, Kingdom Hearts, or even the Muppets, and you've got yourself a money-printing machine.

So much characters! Basically super smash bros. Disney version, then everyone who wants Homer Simpson into smash would be happy.

YES! You could settle grudge matches between your favorite characters to see who's the strongest!

After seeing that Melee intro parody with Valve characters, I've been thinking... this needs to happen! Not only will it have a massive fan-base, but to have things like the Portal Gun and Gravity Gun in a fighting game would make for one of the most unique ever made. Plus, Team Fortress vs. Counter Strike.

I just want to see the sentries and turrets fight each other.

6 The Legend of Zelda

What would the gimmick be?

Final Fantasy is one of the most beloved video game franchises of all time with some of the most beloved characters of all time, so it makes sense that a fighting game happens, especially with the series failing is recent years. You can play as characters from all of the games, to make the Black Mage fight the White Mage or... better yet... make Aeris fight Sepiroth! Make him pay for all those tears!

Especially so the spell casters can use some devastating moves that just annihilate the landscape.

What do you want?! A game like Smash Bros or Mario + Rabbids : Kingdom Battle or something?!

Mega Man fighting game could have Mega Man, Proto Man, Bass, Duo, Roll, and a wide selection of Robot Masters as well as the Mega Man Killers, Genesis Unit, and Stardroids. You can get items from Eddie, or purchase them at Auto's Shop.

Honestly they had 2 Fighting Games like Power Battle and Power Fighter, but I like to see more of these.

I mean, yeah, Sonic has had fighting games before… but they're ridiculously old. We NEED a Sonic fighter. And, I know this is extremely wishful thinking, but Tails Doll reappearing in the game with their newly acquired "monster" status from the comics, they would be really unique.

Sonic the Hedgehog has had a few fighting games, and was even is Smash Bros, but to have a standalone 2D Sonic fighting game with an updated engine and better physics would give Sega so much money. This is also SEGA's chance to revive long-forgotten Sonic characters, like Tikal and the Tails Do... no, that's going too far.

Sonic made his fighting debut in Sonic Unleashed. And it was awesome.
Seriously, can't you people do any research?

Do you even remember Sonic the Fighters?

Capcom Co., Ltd., or Capcom, is a Japanese developer and publisher of video games, known for creating multi-million-selling franchises such as Mega Man, Street Fighter, Resident Evil, Devil May Cry, Ace Attorney, and Monster Hunter, as well as highly successful games based on the Disney animated properties.

Capcom is the master of tournament fighters. The company has had PLENTY of crossovers in the past with Marvel and SNK, but to have a standalone Capcom crossover with the roster size of MvC3 would be amazing. Imagine a fighting game with all of the characters from all 3 MvC games, and more!

I believe this has been done. It was called Capcom Fighting Evolution (Capcom Fighting Jam in Japan). And before that, there was Pocket Fighter (aka Super Gem Fighter).

They already have Marvel vs Capcom, which is fun!

Cartoon Network had Punch Time Explosion, so why can't Nickelodeon have a shot at a fighting game? To combine the old, classic 90's Nick with the more modern Nick could give us the opportunity to battle with characters from SpongeBob, Ren and Stimpy, Danny Phantom, Invader Zim, and much more! Nickelodeon has made crossovers in the past, and now it's time for the ultimate one.

They have super brawl available on the browser nothing else to say but fun game to play but boring to tap two bottoms every fight until the special will get loaded to attack.

Nicktoons REALLY NEEDS a crossover console fighter. While we do have the Super Brawl flash games, they are as shallow as a kiddie pool. So a console game would be pretty cool.

This...already has one on Nickelodeon's website. Though, a MK or Smash style with good damage calculations would be better. Or even a pokemonshowdown modulator. 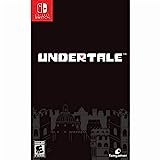 This needs to be a thing! Also, imagine this, Sans vs Undyne.

Yeah also Sans vs Undyne would be epic.

You have over five hundred characters to choose from. It isn't that hard.

It's a fignting game that nude franchise such as estival verses, deep crimson 2, skirting shadows etc. You suppose to fight with ninja girls when you face them with any outfits they wear. They have finishing moves, combat abilities and what the fighting has to offer. If you mean to make a crossover, well the gaming franchise should crossover with dead or alive series because are both nude fighting games. Senran kagura it's a fighting game with ninja weapons and dead or alive is a traditional fighting game. Also they have different type of games senran kagura peach ball which is a pinball game, bonappetit a music game which the plot of the game it's about facing opponents on a cooking challenge and beach splash a splatoon rip off that you shoot with coloured water to wet somebody's clothes to win.

Avatar: The Last Airbender is an American animated television series that aired for three seasons on Nickelodeon from 2005 to 2008. Avatar: The Last Airbender is set in an Asiatic-like world in which some people are able to manipulate the classical elements by use of psychokinetic variants of Chinese martial arts, known as "bending". This show is often seen as one of the greatest cartoons of all time and is commonly thought to be an anime.

With great characters, settings and enjoyable fighting sequences I see no reason why this amazing series can't have it's own fighting game!

I didn't see it earlier and so I put this on here myself, so my bad, but if you look at it, you'll see what I think.

Yes on so many levels.

We be seen games based on there toys like transformers fall of cybertron. but I think a fighting with all there characters from there toys and board games would be the most fun. imagine all the crazy match ups and stages to do it in. cobra commander vs. Action man in ponyville. mr. Potato head vs Mr. Monopoly in candy land. maybe making it even crazier and adding summons like snake eyes and furby or using items like a super soaker. And maybe even but dlc for mattel so you can fight as he man or barbie. Just not in the. main game or but more dlc for stuff like playmates. it sounds crazy but think about if you want it. we thought so

25 The Legend of Korra

The Legend of Korra is an American animated television series that aired on the Nickelodeon television network from 2012 to 2014. It was created by Bryan Konietzko and Michael Dante DiMartino as a sequel to Avatar: The Last Airbender.
8Load More
PSearch List