Sometimes one movie isn't enough to tell the whole story. Enter the movie sequel. Here are the movies that did the very best job of adding another chapter to their respective movie series.
The Top Ten
1 Star Wars Episode V - The Empire Strikes Back

A darker tone and more fleshed out plot and characters make this probably the best Star Wars film.

Even though it isn't my favorite sequel a lot of people think it's the best, so that's why I put it here.

The best movie of the franchise.

This is a fact

I haven't seen this movie yet or even the first one, but I'm excited to see them, and I here this one is the best of the Terminator franchise.

Come with me if you want to live.

Best movie ever made

Your more likley to die from flying Alien blood than actual Aliens... awesome movie, not a hard choice

The dark is such an amazing movie guys... Joker is outstanding - "WHY SO SERIOUS! " haha... And that great dialogue - " Either you die a hero, or you see urself become a villain. "

Second movie in the Dark Knight trilogy, and in my opinion is easily the best of the three.

5 Lord of the Rings: The Two Towers

To be honest, Empire and T2 really are the two best, but I wanted to give some love to my favourite of the LOTR trilogy.

This is my favourite star wars film and film in general, this movie is a staisfying conclsuion to the epic and legendary star wars saga. Seriously 's who doesn't love the final confrontaion in this movie? Its just so damn epic and emotional.!

7 Lord of the Rings: The Return of the King

This, part 1, 2, The dark Knight, and Captain America Civil War are all some of the 10 best movies of all time.

I think this is the greatest and most epic movie ever made.

This and Empire Strikes Back. I can't decide but this one was further down.

I love this movie, although I still think Toy Story 2 is better.

Um, how is this not at the top of the list?

As if it all happened. 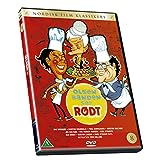 The Contenders
11 Indiana Jones and the Last Crusade

Yas this is the best in the franchise it's got everything, Kelsey grammer as the villain, the introduction of jessie and bullseye, and the sad song "when she loved me and you've got an underrated sequel and one of my all time favorite pixar movies

I have never seen a single sequel that I thought was even better than the original like this!

It's one of my favorite Disney movies. It was creative, strong and atmospheric.

Best animated sequel of all time. Best in the franchise in my opinion.

19 Sherlock Holmes: A Game of Shadows

21 Transformers: Dark of the Moon

23 Indiana Jones and the Temple of Doom

Even though the second one if better, it's still a great movie, with great characters.

25 War for the Planet of the Apes