I don't get how this is bad, it's a really fun game!

2 Persona Q: Shadow of the Labyrinth

Although it's not as good as Pokemon. I think it's pretty good. One of Nintendo's newer and more underrated IPs. - B1ueNew

Very fun, no where near as good as Pokemon, but it is different and different can be good

Everybody thinks it's a Pokémon parody, but it's actually completely different.

10 Attack of the Friday Monsters! A Tokyo Tale

I absolutely love this game! I’m surprised not many people have heard of it. 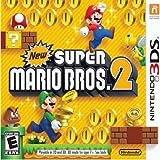 This is an amazing game, but it's hardly underrated, I know tons of people who love this game.

I own this and it's fun

I hate this game..A couple levels are DAMN near impossible to beat. Luigi's Mansion Dark moon is the worst of all-time though!

Holy crap this game is incredible

This is the obvious choice. It’s a great game.