There are two videos made by Watchmojo.com called "Top 10 Playstation Fails" & "Top 10 Xbox Fails". They're both great videos, but to be honest, "Top 10 Xbox Fails" was better. Sorry, Xbox users. According to YouTube, 75% of the people that watched "Top 10 Playstation Fails" liked it & 90% of the people that watched "Top 10 Xbox Fails" liked it. Somebody give Watchmojo.com an award for making these two great videos. It's time for Microsoft & Sony to learn from their mistakes. However, Watchmojo.com made a video called "Top 10 Nintendo Fails" & only 41% of the people that watched it liked it. Yeah, the video is that bad. Here are the REAL Nintendo fails. To be honest, Nintendo doesn't have that many mistakes as the Playstation, or Xbox. Maybe, this is why someone made a list of reasons on why Nintendo is better than Microsoft & Sony.
The Top Ten
1 Virtual Boy

The 1990's was too early for virtual reality to be a thing.

Causes seizures at headache. Maybe this was intended as a torturing device

Yeah,this is a really big flop for Nintendo,and most people know it from the amount of seizures and headaches people got.Seriously,how is it supposed to be virtual reality when you can see the character your playing as? If you want a realistic VR game,make it 1st person,and don't make the screen completely red.

It sure is boring around here.
Mai boi, this is a thing all true warriors strive for.
I wonder what's for dinner.
I'm so hungry, I can eat an Oktorok.
Oh, boy! I can't wait to bomb some Dodongos!

Nintendo do it because of their CD-Rivals plus it would be useless producing a game on this. Maybe the 64DD will cause a another video game crash

This is a Japanese add-on for the Nintendo 64.

4 Losing to Philips in Court

Can you believe it? First, Philips demands video games made by Nintendo for their console AKA CD-I, then they sue Nintendo over motion control. Their killing the Wii U. How could you, Philips?

I hate Philips so much. They are so rude.

It can't play original gameboy games, low lighting, and the templates on the front suck. And it just looks dumb and bulky

The Wii Mini is a micro version of the Wii that lacked most features like internet connectivity and Game Cube backwards compatibility.

Ugh. I bought one and immediately wish I got a used Wii.

Why does Nintendo charge us $20 for one year, yet online-heavy games like Splatoon 2 give us 5-minute penalties (which is short but still) AND unstable online battles?!

They make us pay $20 for crappy online servers, where we could already have access to for free in the first year of the switch? They really screwed up here! 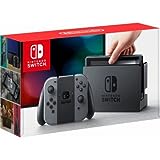 Why is this in the top 10? it's doing very well and is making Nintendo a ton of money

The time of Nintendo's depression. Purple was their motto, and it scared away dedicated gamers.

A good system with amazing game like sonic adventure 2 battle, but when its malfunctioning it gerts frustrating.

If it wasn't for this we would have the 64DD in the USA!

16 Splitting with Sony
17 Hdmi for the Wii

Nintendo didn't want he playing on the wii, so it affected it in the last half of the Wii's lifespan.

18 No Flipnote Studio 3D for Europeans
19 Cartridges Instead of CDS
20 R.O.B