Playstation 3 Games With the Best Graphics

The Top Ten
1 Uncharted 2: Among Thieves

Story competes with Indiana Jones and National Treasure movies. Visually, it has some of the best scenes I have ever seen in games to date. I Often find myself stopping in the game and admiring the view

This game has the best graphics I've ever seen!

Everything is so nicely lit and consistently detailed. 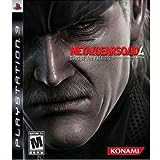 This game is highly recommended, it does not lack in any aspect! 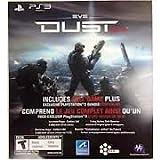 I belive gow 3 has better graphics! If you see kratos with hercules before the battle (1080p HD) in the cut scene and look the area, kratos, hercules you will understand

Greatest graphic and best game I ever played

Magnificient and one of the best story mode game ever made..!

13 Prince of Persia: The Forgotten Sands

No other game in the PS3 has surpassed the superb graphics of this Grand Theft Auto 5.

Best graphics I ever seen

Best game ever created... Because no one can go up to the level of mafia 2 and I has best graphics ever

An awesome game with great graphics and cool controls.

Since it's like a movie, it has the best graphics. (my opinion, have played many other games like gow3,still think beyond is better)