The Top Ten
1 Nights Into Dreams

NiGHTS into Dreams and Journey Of Dreams is the best! Just like Sonic games!

NiGHTS is techinally sega's 2nd mascot yet only having 2 game. Most impressive for me

This list just goes to show that not a lot of people own a Saturn unfortunately! Guardian Heroes is excellent arcade action, mixing RPG, Beat-Em Up, and Fighting Game controls all in one game, with multiple branching story paths and a huge 6 player battle mode. Only downside to this game are the hilariously bad translations of the text and high price it commands these days.

But sonic had a minor role in the Saturn 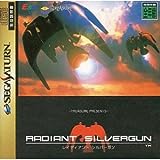 Should be in the top 10. Many people believe this is the best shoot em up of all time in the world! 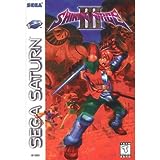 Great game.
Unfortunately parts 2 and 3 were not released in Europe.

A lot of people hate this game the only things that are bad are bad controls and render distance.

It has bad controls, but it's not very bad, it has a great soundtrack - Gehenna