Like Nintendo Sega has had many moments they would most likely want you to forget.
The Top Ten
1 Sonic Boom Being the Worst Selling Sonic Game

Just when it seemed The Sonic Franchise couldn't sink any lower this happens which became the worst selling Sonic game ever made.

2 The Sega Saturn Was a Commercial Failure

Outside of Japan
It was actually the best selling SEGA console in Japan.

Along with other games at the times Night Trap caused a huge controversy for its depiction of violence against women and other things the game was even pulled from stores.

Of all the YouTube video game videos I have watched I have never heard of this. They must have done a pretty good job…

How do you celebrate Sonics 15th Anniversary the answer is not this anything but this, considered to be one of the worst games ever made and their right for many reasons a lot of them have to do with it being broken, filled with glitches, way too many load times and so many more problems that nearly killed the Sonic franchise its defiantly something Sega would like you to forget.

The game is not as bad as everyone thinks. Sure, it was rushed and flawed as heck, but is still far from being one of the worst games ever made. Sonic Boom: Rise of Lyric is worse, if anything.

I want to forget this as well.

Despite being a really great system with many great games The Dreamcast was short lived due to the arrival of the PlayStation 2 and upcoming Xbox and Gamecube the Dreamcast had become an after thought and sadly it would be the last Sega console.

6 The Sega Saturn Died with Out a Real Sonic Game

7 The Number of Bad Sonic Games

People really need to give sonic a break! People think that if SEGA is creative, people don't like them, and those people are the ones always asking for more gameplay mechanics! Be grateful for what you have!

8 The Sega vs Nintendo Commercials

Even though Nintendo didn't really try to roast SEGA commercial-wise, there was ironically one commercial where there was a pop-quiz about Super Mario All-Stars having four games in one official cartridge that has the seal of quality on it; the SEGA fan who took the test was failing at it horribly and had to do his lines.

Wake up, Nintendo! You know that the Super NES is far superior on graphics and sound.

Sega obviously had no idea what to do with this game it really didn't help things much with the ability to fire guns at enemies, Guns have no place in a Sonic game.

It also doesn't help that the character himself is overrated as heck and steals the spotlight from Tails or whoever else is more deserving of praise.

Well on the bright side, at least sonic wasn't the one to be using guns, like it was originally requested.

After this was here, Sega tried to reboot the series as Sonic 06 is called Sonic The Hedgehog as if it was the first Sonic Game

10 Batman Was a Boss in Revenge of Shinobi

The game featured boss battles against many iconic characters including Godzilla, Spiderman and Batman unfortunately Sega had refused to pay DC the rights to Batman and were force to re release several versions with Batman being replaced by a demonic bat monsters as well as other characters were changed.

It would probably be the best riders game if it actually used controllers instead of the damn kinect. 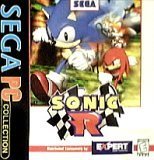 15 Taking Down Streets of Rage Fan Remake
16 Sonic the Hedgehog 4: Episode I

Only added it to piss off people. I have nothing against this game by the way. 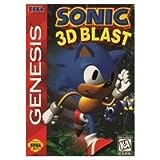