The super Nintendo system in a lot of ways upgraded from 8-bit to 16-bit gameplay which something back in the early 90's. In brought us some of the best games, and even some flops too. Still there's no denying the excellence this consoles legacy stands. It's still a debate who truly won between them and Sega that 4th gen console war. In any case how about we rate some retro video games from one of the best systems of all time.
The Top Ten
1 Super Mario World

One of the best transitions in the series, you take what was a great masterpiece in SMB3. Give it some new power ups like having Yoshi included. Or the obvious keep on using a certain level to rack up 99 lives to keep on trying to beat the game. Super Mario World is considered the first game where you first learned this without using the internet back in the day. It's always a joy to go back to the classic super mario games, and this is always one of the more prefered choices to go with. 9.5/10

2 The Legend of Zelda: A Link to the Past

Now this is the first game where I believe the quality of Zelda games got vastly better from here on out. Looked good at that point in time graphically, and the gameplay was far superior to all the other games before it. This is how you make an adventure series really fun to explore. Sure the first game is a revolution, but it has serious flaws overtime. There isn't too much bad to say about Link to the Past. 9.5/10

The unappreciated cult that would turn to being highly appreciated in later years. The series in general seemed so trippy, and this was their pinnacle arguably. Earthbound starts off like any other RPG game for the most part. In actuality this is Mother 2 with a cooler name to it in the series. Very interesting how its this one that gets the most acclaim. Maybe because the most character comes back in the smash games or maybe Giygas battle did something to stand out? 8.5/10

The original Metroid may not hold up as good as time goes on, but Super Metroid on the other hand is still a well known treasure on the console. Great boss fights, great soundtrack, very fluent controlling, level design is very stellar. Not too much to say on this one other than a classic game in a iconic series. 9.5/10

Well... to me this is still the best RPG game I have ever played. Ironically it came from the king of that genre in Square Enix. Unlike the Final Fantasy series however the Crono games were very eye catching. Trigger more so than Cross for its replayability is so much stronger than most other classics. This game will make you put so much time into it, and seeing I'm a time waster myself that ain't much of a problem to really appreciate how amazing it is overall. 10/10

The first game where we put Super Mario into an RPG styled game, and it was a pretty good experiment that hit home. Despite coming late in the console's life. This was by many to be their first RPG game. Even if you somebody who may have played very few RPG's your may leaned more likely to try this at the time. Nowadays who knows where to recommend. 8/10 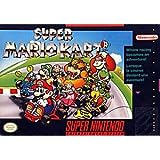 The first game is probably one of the more tougher to replay on its own. It may seem simple gist from the getco, but the tracks are very tough. This was pre-blue shell times, so it was possible to beat this game. Now unlike most newer Mario Kart titles you actually have to get at most 4th place to continue onto the next set of races. It made the game a bit challenging in that way with continues included. 6/10

It may age a bit graphically speaking, still this is another classic platformer many have played quite a bit of. Unique ost, controls are good (tight feel at times). Very tough game right from the start for a casual. After awhile you start to get into the game after a bit of bumps taken. 8.3/10

One of the most acclaim Mega Man games in the massive library. In the X series this one stood for its tough difficulty, fun aspect, defeating mavericks, and all other things for Mega an to takedown. Eventually like always bringing down Dr. Wily in some ways than one throughout the series cliche. 7.7/10

Pretty good game with new opponents and new stradegies on how to beat them.

Now remember you can select any game to rate. In this case let's throw in a curveball in here in Mario is Missing. This is essentially a educational game which there is a trifecta of these games with different title names. This one seems to be the most revered of all for terrible voice overs, boring value found, and stared Luigi for the first time. Luckily Luigi's Mansion was the better turnout, this was simply a bad turnout for sure. 2.5/10

In my opinion better then the first and even more challenging 9.10. 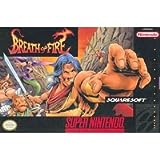