Top 10 Games that Should Be on the Nintendo Switch 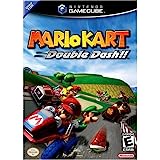 This would be awesome. Nintendo is not going to get away with calling Mario Kart Tour Mario Kart 9. We need an actually new Mario Kart made for the Switch with all kinds of new features.

Okay I'd love this!

Add Waluigi, and Toad too. Keep the rest, as well, please, Nintendo!

Odyssey is there via Cloud, but AC wouldn't be as awesome on the Switch.

The Contenders
11 The Legend of Zelda: Twilight Princess

I wish to port these games to Nintendo Switch because I miss old Zelda's beside BoTW and some spinoffs. I would like to release if the new Zelda is announced to keep us for the new game for a low price (20 bucks)

F-Zero would be cool, but why the hell is this number 2? F-Zero isn't that good.

Hell yeah! This game is cool!

Now that I think about it, Melee HD would be great! I mean, it's a classic GameCube game that still lives up to gaming standards, and is even way beyond most modern fighting games. And that's not just my opinion, I've seen hundreds of people asking for this.

Mario Party would be great for the switch. I feel this should be a fresh new Mario Party game though, because Mario Party The Top 100 got really bad ratings.

Odyssey is one of them

19 The Adventures of Jimmy Neutron Boy Genius: Attack of the Twonkies

As cool as this would be, the Switch doesn't have near enough processing power to handle this game. Maybe the next Nintendo Console. 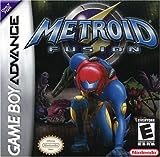