Games that are Least Likely to Come to Nintendo Switch Online

Reason: Too mature to be on the service, along with the fact that, like with any game rated M for it's humor made in the early 2000s, some of the humor may not fly in today's heated social climate.

Reason: Maybe the Genesis version, but as for the SNES version, it's infamous for having the game completely uncut thanks to the ESRB being founded, being the first Nintendo game to have excessive gore. 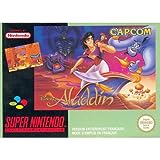 Reason: You probably know the main reason. But also because licensing issues.

Reason: Expensive and hard-to-secure rights to Michael Jackson, along with the entire premise of the game.

Reason: Philipps owns the code and it's not worth the cost to port a crappy game.

Reason: Software Toolworks (or whoever bought them out if they are defunct) owns the source code of the game, along with the fact some of the questions in this game are outdated.

Because of Kung Pow and/or Houngan. Can't be licensing issues with Earthworm Jim given his own game is already on NSO.

14 Robocop Versus the Terminator