Quickly surpassing the iphone, android technology is growing at an intense rate. So are the applications available. There is everything from games, to calorie counters, to white noise sleep machine imitators. Free or paid, there's all sorts of options out there.
The Top Ten
1 YouTube

I can watch Pokemon, Beyblade and all the songs of Taylor Swift, One Direction, Fifth harmony and others.

The home to a bunch of videos that went into history! This should be at the top.

Brilliant, my videos are going well thanks to this app.

You can watch all the videos that you want..

A must have on Android phones since with the multitasking capability of the phones, it is possible to have so many applications open that your performance suffers and your battery drains faster. ATK makes it easy to identify open applications and close them all at once.

Just because Android apps have no close button doesn't mean they shut down when you return to the home page or move on to another app, and continue using up memory. This app lets you kill them and release memory, improving performance of you phone

Some times my battery would last for 2 1/2 days... sometimes it lasts 8 hours... ATK solved that... when I see the battery is draining fast... I can find which app is running and stop it

Facebook can help people to communicate with each other even if your family member is on another countries you can still talk to each other.. So that's why I love Facebook

I always chat on this app, and it's really useful and fun. How can it be so low?

Have to be on everybody's phone, thus should be on top.

Who made this list? You forgot this awesome game! Yeah, it sucked before the AWESOME new 8.0 update! Why has no one added thbis yet! This game is SWEET!

Why is this app so popular, it sounds unpopular boring and stupid to me.

How is this not the #1 app? Do people think it is part of the base operating system? Every magazine and app rating put this as their top choice - it is irreplacable. 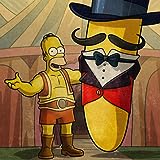 Shazam is an app for Macs, PCs and smartphones, best known for its music identification capabilities that has expanded to integrations with cinema, advertising, TV and retail environments.

Listening to a song but can't remember the title or artist. Let Shazam listen to it for a few seconds, consult with its database, and give you the missing info.

This app is good, I used it a few times to find a song I liked but I didn't know what it was called

Not much to say here. Get the full awesomeness of the Pandora online radio on your phone.

I love Pandora, also, who needs Pandora One?

This app takes too long to load, it is so annoying.

Turns your phone into a homing beacon using the GPS to track its position. 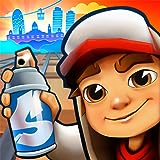 Twitter is an online news and social networking service where users post and interact with messages, also known as "tweets", restricted to 280 characters.
24 Spotify

All the music you could want.

Great tool for taking notes that syncs across multiple machines and devices.