Best of all Japanese rock videos, all kinds of rock in Japan.
The Top Ten
1 Dir en grey - UROBOROS 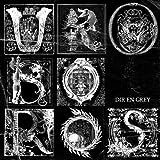 I would be forever thankful for this album. Dir en grey did the great job, they show to us they're musicians like nobody else could be. So many great pieces. Every song on this album is living emotion which is growing in your heart like flower and dying really slow and painfully. Pure art.

Uroboros is the deepest album I've ever listened to. I love what Dir en grey do, and every time they do something better and better.

Hah! Without a doubt! DEG owns has the best album and this list. There is so many different types of hard rock in this album.

Very Deep and Heavy with awesome melodic elements. Love it!

This is not just the best Japanese rock album but one of the best albums ever created. Each song is gold and is preformed brilliantly. If you like music you owe it to yourself to listen to it.

Amazing album, it contains all sub genres you'd like to hear in J-rock!

Possibly the best name for this album... This album was the "mother" to many Japanese rock artist that came after Luna sea

I honestly think this it the best album ever recorded

this is my favorite album, you should listen this one!
I really suggest to all of japanese rock fans

the best album is this not the dir en grey album, this is my list not yours

The Contenders
11 the Gazette - NIL

Absolutely brilliant, from the first note to the last. They always manage to change their style so effortly. My favourite Japanese Rock Album by far.

It's better than the Dir en Grey rubbish by far. This is real music.

Brilliant. the gazette has once again proved us that all their albums are genius. nice job guys!

Actually, Beautiful deformity must be the 1st

I love the dark passion in this album..

This album is gorgeous. It's such an excellent show of what they can do. One of my top favorite Buck-Tick songs is Coyote which is on Memento Mori. Memento Mori and Tenshi no Revolver are tied for me, two perfect albums to showcase their brilliant work. It's albums like these that make me excited for more. I think all Buck-Tick fans will agree that these are two must-haves!

One of the greatest Japanese albums out there!

The album that defines MTH completely and changed hard rock history and is now one of the greatest Japanese bands. They even headline concerts that the GAZETTE is in! This is the only Japanese album to mix hardcore, punk, metal, alternative rock and pop...

Every track on this song is brilliant and flowing with the sound made only by MTH. Every last cord is amazing. MTH does what little bands can do and this album shows it best, they can combine several styles perfectly into one song and actually make it flow. Buikikaesu has no rival.

one of the coolest albums of buck-tick

This album is great, you feel like you are in castle being chased by a ghost lol

THIS ALbum get mtv video nusic japan award 2006 for best album of the year...!

The latest album from #1 All-girl Rock Band! They had it all---Talent, Looks, Attitude---and they're still improving! And the combination of Haru's, Tomo's and Mami's voices is just so amazing!

This album is awesome. The first song from album it really rocks. True queens of rock music