GTA 6 should learn from this ancestor. Give 6 a map with diverse locations instead of a large wasteland we got in GTA V. Put in a lot of content and make the side mission's rewards very worthy. (Like gifting players submarines, tanks, jets etc for completing certain side missions.) GTA SA was ahead of its time.

I used to used to drive to the beach in this game, crash into a crowd of people with my van, then get out and fire my AK at people running away. It is the ultimate adrenaline rush. Firing my guns straight down the boardwalk. I also used to run around the strip and just stab random people. When they hear the chainsaw dive into the first persons splattered head and brains, they start running and then is the perfect time to get out your AK 47 and just start taking headshots, shots to the stomach, whatever. The real fun happens when the cops arrive and you get into a shootout though. I have shot into many cop cars before.

This is easily the best of the GTA series. It is INSANE how much content they squeezed into this game. After playing the game for hundreds of hours, I had thought that I was aware of most of the content in this game. Then, I picked up a strategy guide and was blown away by how much MORE the game had that I hadn't even seen before. The story is amazing and spans 4 different cities. The variety of vehicles also blows away any other GTA game. You can steal a freight train and a 737 airplane. I still go back to this game from time to time. It's probably my favorite game ever !

Most incredibly for me though was the fact that the game made me CARE about the characters. What would happen to them, how all of their stories would play out, and whether they would stay true to their "friendship" or whether they would follow down the path of betrayal and murder (like most Grand Theft Auto plots have). Happily that wasn't the case.

Honestly this game is just a masterpiece both story mode and online, this game is an instant 10/10 I actually think this should be 1st.

Yes some of the missions were too easy, and yes the AI were dumb at times and sure it lacks the massive scope of the successors (hell the map was smaller than Grand Theft Auto III's and there were less gangs). Despite these things, Vice City is my favourite. I love the setting (80's Miami-vice inspired city), it has a complex but cool story with a badass voiced protagonist, an awesome art style that's colourful and distinctive, the gameplay is very classic-Grand Theft Auto and the graphics have necessary improvements where vital. Also, this hands down has the best soundtrack in the series for me (made me a fan of 80s music).

I hope they remaster PS2 classics I love the Grand Theft Auto series especially the PS2 era. I was honored to grow up with these games and Vice City is nostalgic I look back at this game and it felt like I lived in the 80s even though I wasn't alive in the 80s it captured every single thing about that decade from the music, the atmosphere, the style and perfect the Miami setting. They don't make games like this anymore the time before micro transactions were a thing, now priorities are different these days that's all developers mostly care about is online games and micro transactions.

This one is the best of all grand theft auto games. I like this very much I like the cars in and the missions everything is best in it. San andreas is also fine..

I love the originals.
Vice City was definitely the BEST.
I miss running over blonde chicks...

Should be ahead of Vice City. This game is a masterpiece. Has easily the best story in the series with best character development. Vice City was great for its time but it's pretty cheesy and dated now.

Gta 4 was a darker tone, had better engines than 5. Ragdoll and physics were goated. 5 was better for online and graphics but 4 had a solid storyline, a sad ending no matter what and great missions. And better physics. My favorite gta next to San andreas

This game was amazing. It pleased gamers and people who aren't even into video games. The characters are outstanding! However, some where a little weird like Little Jacob, but still had much better alternatives. This game actually has my favorite Grand Theft Auto protagonist, Niko Bellic. His character kills me! He's able to be a total badass with a sad backstory, yet still be very humorous. The story is one of the best, it keeps you hooked like most Grand Theft Auto games do. The only thing bad I could find with this was the soundtrack. It had some good songs like Run to the Hills. It's a shame I've only heard it like, once. Liberty Rock Radio was sorta a let down, but if that's the only flaw I'm perfectly satisfied! This game is a masterpiece and deserves its spot as number 1 on the list.

Grand Theft Auto 4 sucks. Niko was a stupid emo and his stupid fat cousin Roman who always runs his mouth and is so annoying. Dimitri sucks and was not even menacing. Story was so boring, too talky and less interesting. Realism sucks. Lacks features, content and the charm which made Grand Theft Auto great. Atmosphere was dull and no fun. Unlike other Grand Theft Auto games which were amazing, Grand Theft Auto 4 made me stop playing Grand Theft Auto series for a long time. And what pisses me off is that how fanboys called the story dark. Grand Theft Auto 4 was just trying to be dark with colour variants, the actual story is predictable with a few unexpected dumb twists. The best part of this game was when I finished the game.

This Grand Theft Auto brings back so many memories. It's straight to the point meaning no boring side missions and other stuff like that, that the newer Grand Theft Auto games have. It's easy to memorize the whole layout of the city and the missions require some thinking and have many many different strategies at beating them. In my opinion it's not the best Grand Theft Auto but, definitely needs to be raised up in the rankings.

To a lot of people this is where the Grand Theft Auto series really started, the transition to a 3D world really made you feel like you were finally part of the world and it's surroundings. The protagonist didn't talk but I believe that added to the whole atmosphere of the game, which was grey and gloomy, the characters all had personalities and connected well within the story. The gameplay mechanics may have not aged well, but this game revolutionised open world gaming.

Grand Theft Auto has a reputation of bad influence and drugs, violence etc. When ever some kid gets in trouble people always think Grand Theft Auto, well this is where that reputation started. GTA and GTA 2 were just car games, but this is where it all began right here, a legend in its own name and king and father of all violent games.

Grand Theft Auto and Grand Theft Auto:II are what started the franchise, and this is the game that solidified it. For me, this is the simplest, most memorable Grand Theft Auto game. It has a very simplistic style and plot that works really well. As for what I mean by simplistic, I mean that it isn't bogged down by clunky attempts at realism or phenomenal graphics; it's just straightforward and to the point.

This game I believe is even better than Grand Theft Auto 5 and even San andreas but before you start tapping that dislike button just because I said this so I just want to point out a couple things. It introduced so many new features such as parachutes, mission replay, cage fighting, new weapons and a new story with fun characters such as Luis Lopez, Tony Prince, Yusuf and a new antagonist Ray Bulgarin. If you have Grand Theft Auto 4 and are considering downloading it as aDLC or thinking of buing Grand Theft Auto episodes of liberty city do it because it will be something you won't regret.

Awesome game! I am shocked to see that this game is in the 8th position. It should be at top place instead of San Andreas. Yes this game is short but the graphics, the weapons, the missions and the characters are too best and cool so I think that it is more better than Grand Theft Auto San Andreas.

Best part about TBOGT is the nightclubs because you can do more fun stuff including champagne drink-off, dance with people and earning money while managing the club! Another part is they got great action including attacking a yacht and chasing Ray Bulgarin's jet while on bike!

This was way better than Vice City. This game has better controls, more features and activities, more stuffs, cool story and you can swim.

This game is so underrated, great story, great characters the only bad thing in the game was literally the loading lag.

I like this game because of many reasons but my number one is because of the way it looks. It has the same look as the first Grand Theft Auto and the game boy advance version but this one has better controls and I love that you can get a lite version of the game for iOS. The only problem is that you have to read all the dialogue.

Insanely underrated. Very, very easily the best game on iPhone for hardcore gamers. Everybody hates this game only because it's top down after a half dozen 3D games. How this is below Grand Theft Auto 1 & 2 is beyond me.

WHAT? Come on people this game is awesome and so is the music in it plus haung lee is awesome he's one my favorite characters

Bad for children under 6

Better than 4th one

Best game of All time. Playing as Johnny Klebitz, a badass biker who is a member of The Lost MC. It features bike race, gang wars and probably the best and deepest story of All Grand Theft Auto games

Best story ever! Only game to feature gang wars and bikers. I have Grand Theft Auto 1,2,3,4 but I definitely believe this is by far the best!

Great driving controls, a bunch of new guns, and an overall great story. To me, it feels like a completely different game than Grand Theft Auto 4.

Best Story in these Series. The Overall Mood and Atmospher is awesome too.
Its kinda Different with other ones 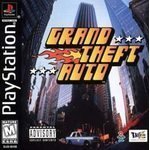 This is the one that started all. Should be no1

This one had the best soundtrack.

Set a bar on what can be done with a multiplayer game on a previous-gen console.

Its not actually a game

Great game, has some glitches, and hackers, but overall it's pretty good

Rockstar made this... Garbage

Not good I hate it 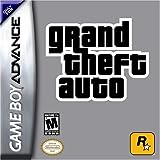 This game sucks and should never have existed.

Grand Theft Auto GBA is obviously the worst... Go play it for yourself

The less said, the better.

The game of my childhood