Never was big on mob movies. The way they talk and express themselves through facial or hand gestures, drove me nuts at times. Also, they are too slow for my taste. I'll take Star Wars any day of the week

One of the most critically acclaimed films of all time, The Godfather is often known to many as the best Crime film of all time. Godfather certainly packs a punch.

Easily #1 because it's the best of all time. When I'm adult I should watch the 3 best movies of all time Godfather, Citizen Kane, and Pulp Fiction and criticize them.

This is the best movie of all time. A mediocre cheesy kids movie is above this classic?

At the time of it's release, Star Wars was the highest-Grossing film of all time, by quite a large margin. Star Wars changed films forever and remains to this day a very influential film.

How dare they say the godfather is better than Star Wars. it just isn't.

It was the highest grossing movie of its time, became extremely iconic very fast, was nominated for best picture, and won 6 oscars for a reason

Afraid of Sharks? well it's probably this movies fault. BUT I wasn't alive when this came out (if your reading this in 2018) and I saw it last year when I was a only 11. And let me tell you I LOVE the music. The menising theme was composed and conducted by John Williams

Good movie even though I haven't been in the water since I saw this movie.

7 One Flew Over the Cuckoo's Nest

A muddled mess of a movie, not a good adaptation of the book at all.

This one sucks, so many naked people everywhere.

This movie is incomparable. Nothing beats it. 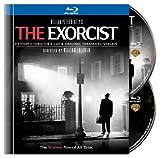 The greatest horror movie of all time!

The Contenders
11 Monty Python and The Holy Grail

This movie is hilarious!

The film that arguably got Sylvester Stallone where he is today. The Rocky series has had five sequels which have all featured a foe that Rocky Balboa has to fight in the end.

John Travolta was so cute in this movie. I wish I could travel back in time to the 1970s and marry him.

I fell deeply in love with Kenickie when I watched it. I love Grease! Best teen musical!

I love this movie!

This was one of the first low budget movies to make a ton of money and influence the horror genre for decades to come. It's still super popular 40 plus years later because it was an original concept.

To me these ARE the Superman movies. I hate the new ones!

This is considered the best kung fu movie of all time that stars legendary Bruce Lee in it. This movie made many cultural impacts in America and changed the way Asians were presented in American movies.

25 Close Encounters of the Third Kind