The Nintendo 64 was home to some of the greatest games of all time. These however, didn't turn out so well.
The Top Ten
1 Superman

This game is horrible, the physics are horrible, the gameplay is super boring which you just go through rings and it's super annoying and the hard levels are awful and the graphics are bad even for the N64

Of course this will make it to the top, and can't really disagree, no one can compare masterpieces like Mario 64 and Ocarina of Time to this piece of garbage, AVOID THIS GAME AT ALL COSTS.

It feels painfully rushed. It's like they had a couple of weeks to finish the game and only managed to finish what would be the idea for a training stage (flying through hoops and lifting cars), went along with it and put it out expecting people not to notice.

Oh look, the sky is pink. They were too lazy to make it blue!
And what's wrong with you, Superman? Is this some sort of an alternate universe of bad games?
Can't give it a second chance. 0/10.
- Anonymous

So bad it's go-no, it's just really bad.

THIS is the worst racing game oh yea worst then big rigs.

Big rigs was at least stupidly entertaining. THIS is just pissing me off, I'm sure pluto has better physics then this game, I'm sure the Intellivision can have a better 3D framerate.

It's so bad it doesn't even deserve the worst grade.

Who names their game Carmageddon?! Is it raining cars or something?!

This game was made by the same developers everyone *Cough* loves... Titus!

I had this game as a kid. I never thought it was that bad until recently. When I played it as a kid I only cared about how I could be on of the Rugrats characters. Now I see it for it's true self... awful!

All the voice actors sounded like they were underwater

The game is a snore-fest and its full of bugs and glitches, and just looks like a mess!

This game is so funny, all the characters are corrupted and your child will get nightmares after this. laugh out loud

If you wanna lose your sanity press the flashing buttons!

Why does everyone think this game is so broken? I remember playing it when I was a kid and it was fine! You guys Ben watching to much vinesauce corruptions

Why are you playing games meant for babies?

Where's Mario party 2 It needs to be on this list

Good racing but your opinion

This is even worse than Superman 64. This game ruined the Mega Man franchise and is LAME!

Hey, there are some dirty magazines. It might be fun to look at them...

Wow I didn't even know there was a mega man 64

Oh yea for sure, it's full of cheap mini games that last usually 40 seconds to 1 and half minutes, the questions are random as hell, and it can drag on forever

I can see why you wouldn’t like it, but it is far from one of the worst.

Better than ocarina of time

I Liked this game

10 Batman Beyond: Return of the Joker

Am I only one who liked this game? It's not bad but controls are meh but still good game.

I love the T.V. show and this must be good! Wrong...so wrong...this game has bad graphics and has really bad controls. The controls are so bad it maybe as bad as superman 64's controls. Oh yea the game is 100% pure luck to defeat your enemy.

Played this game at my cousin's house as a kid. I've hated him ever since. This game is awful.

This game sucks same as every single n64 game

The show is awesome, but this game...GR!

I love South Park but this game was an atrocity. Nearly unplayable. Superman 64 is terrible but so is this.

I never understood the hate for this game.

South Park games and T.V. show rocks, but not this, it's the worst South Park game ever, its cheap, not that fun and its just one of those generic racing games that try to be as good as Mario kart, but fail.

This is one of my favorite games, I have this game on an n64 emulator. its is amazing and I rate it 5 stars.

This was actually good on N64 but the PlayStation and PC versions were trash.

All you do is throw snowballs at turkies

The worst Castlevania game I have ever played.

How did this get into the top 10? This game was amazing

It ruined everything that Castlevainia had done up to this point, it had bad control, terrible level design, a terrible camera, and no music. It's a stain on what was a good franchise at the time.

This game was great

19 Rugrats in Paris: The Movie

Well I hated the game boy version so this is probably as bad, except this would've probably had better graphics looked more like the movie..except I've only seen Rugrats: Movie (90s) unless Rugrats: Vacation was a movie too, a telemovie.

This game is better than Conker

Who asked for a game exclusive to the n64 and only at Blockbuster that was delayed 2 years after the sequel to one of the greatest comedies of all time nobody wanted came out? The answer is nobody.

This game and Conker should trade places, Conker is awesome, imbeciles! 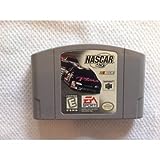 A strange and annoying "RPG" that had very few interesting elements. If you ran away from a fight you would end up randomly facing the wrong direction. Easy to get lost.

Is this even a game no its not a good game

How is this game bad it's Donald Bandicoot.