Gets boring after awhile...

This game is so bad.

After a few months...it took over the world. Almost everyone has Team Mystic

My brother and dad play it. So addicting.

I prefer the core series over this...

Pretty overrated. It's not the best app and most of the content on it is pretty cringy(Don't get mad at me for saying this, this is just my opinion). 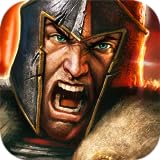 Everything here is crap

What? This game is awesome!

I think this game is fun!

Snapchat is an American multimedia instant messaging app and service developed by Snap Inc., originally Snapchat Inc. One of the principal features of Snapchat is that pictures and messages are usually only available for a short time before they become inaccessible to their recipients. The app has evolved ...read more.
15 2048
16 Super Mario Run

Played it, but it seemed kinda boring. I was very disappointed.

I loved this game.