Since the original Xbox has the most Star Wars games out of any console, why not we count down the ones that where strong with the force? 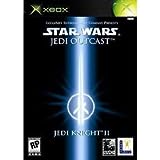 My favorite game ever!

This game is the best my most played original xbox game

VERY underrated, gets hated on a lot, but I still like it.

My first lego game, but I had the gamecube version

Ah yes, my first Star Wars game, and my first game I every played too, (Besides mobile games) I'll admit it's not as good as some of the other ones on here but it still is a blast to play and I do go back to it often.

I had this as a kid my second lego game, I had the gamecube version

Dangit, I can't find the right picture! Ah I guess I'll just add it myself.