Some ads I cannot stand. Most of them are food ads.
The Top Ten
1 Anti-Smoking Commercials

I hate these! I know you want people to stop smoking, but please stop shoving it up our faces!

I'd rather pull my own teeth than watch these ads!

Like literally, they put these ads on Kids Shows. Kids can't and don't smoke morons.
Like what

Yeah I get the message but I already don't smoke so what's the point. Same goes for anti vaping/ Juul ads 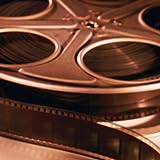 I was once trying to watch the diamond minecart along time ago, and every video I watched had a THE PURGE trailer that couldn't be skipped, I hid my head in the pillow until it was over.

Every ad I get is either this, a YouTube RED ad, a YouTube Music ad, and some sort of anime RPG ad. I once got a full episode of Unikitty! as an ad. Luckily, that ad was skipable.

The House with A Clock in Its Walls. Enough said.

I agree. TikTok is one of the most despicable excuses of an app to ever hit the face of the Internet. The worst thing about the website is that it endorses racism, sexism, suicide, 9/11, reports of a missing person, the holocaust, toxic relationships, animal or child abuse, bullying, murder, mental illnesses and ableism. It shouldn't be made in the first place.

It's just horrible, disturbing and disgusting when you think about it. Raising awareness of a mental illness or a learning disability by making fun of them only serves to hurt true people who have these conditions. That's all I have to say. TikTok sucks and it's worse than Musically..

They also have recommended videos that are about Tik Tok even if I have never watched any of them.

I swear I feel alone on this planet by feeling that I'm the only person who can't stand this app.

I've been getting TikTok ads on YouTube a lot lately and it really annoys me.

The Devry Institute ad is the most annoying YouTube ad ever! I cancel it as soon as YouTube counts down, but it just keeps coming back. It is so loud and obnoxious. Sometimes you have to turn up the volume to hear YouTube videos with lower audio, and then all of a sudden you get your ears blasted by Devry. What was the advertising company thinking when they came up with that abomination to the ears! If they wanted people to hate Devry, they found a way.

DeVry has the most annoying, invasive, horroble ad. I get it on YouTube all the time, and it gives me the creeps every time.
That creepy music is bad for your health. It could cause a heart attack... I d never enroll at DeVry as their selection of Ad beats their educational or marketing purpose...

I just refresh the page on YouTube if this ad plays because id rather hear other ads then this annoying obnoxious one.

It doesn't bother me anymore. Probably since I jammed pens into my ears after the umptillionth time it annihilated my ear drums. Huh.

It doesn't matter if the video I'm watching is completely unrelated to Fortnite or video games in general, the ad always plays and it's sooo annoying. Every. . Time.

Ugh.. I legit don't give a living crap about this game so stop shoving the ads down our faces!

Every single video a click on there's always some stupid fortnite ad! Especially the disco one!

The next person who does a dance from this game will meet the same fate as the people who do the renegade. Yes I'm the same person

Contrary to what some people think about Geico ads, I think they are some of the funniest and most creative commercials ever made. The Geico gecko is so adorable. What a little cutie he is, and I positively live his speaking voice. I always turn the volume way up to enjoy Geico ads. A runner up in comical ads for insurance companies is Progressive Insurance. That Flo character is incredibly funny. I often wonder why she dosen't have her own sitcom. It would be the funniest show ever made.

I hate the 2 men grilling, and that janitor ad aren't funny. It just makes something as serious as car insurance seem like a joke.

No I already see these ads too much on TV.

These ads are awesome

I've seen these ads so many times that I could probably recite it word for word. 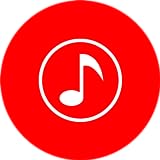 No stop it I already have other music software. Plus you still probably won't let me listen to music and close the page

It's super annoying, it's on almost every video!

No thank you, I already have Spotify.

There was a point in time were I got some ads by some YouTuber by the name of 'Grace' someting something. She tried doing "comedy" in her ads but they were boring and too repeated.

There was no point in getting so much ads advertising youtubers like "Trap Wilderness" or "Nancy ToysReview"... oh my gash what's your problem?! I don't wanna be forced to watch videos like this are they really that money-hoggers?! go home guys your drunk

This was annoying if ads advertise other youtubers on youtube

They are way too sexual and annoying. Remember that Evony ad a couple years ago? I don't want to come play, my lord.

Most of them are just CGI's which don't even show the real gameplay which also sucks.

Start: some gibberish thing, Now he's picking pepperoni on a date. Dude spits pepperoni at wall. Lady continues to do a sales up sell.

Those little kids on those commercials are so bad. Those 2 ads are always playing on YouTube and it gets so annoying. 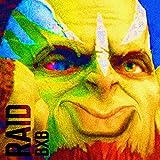 I don't want to get Raid: Shadow Legends for the millionth time!

No matter how many videos or how many different videos I see it always follows me. Especially the breadstick ad.

Every. Single. Time. I bet the movie has already come out yet and they are still advertising for it. Sorry if I got the colon and the "the" thing wrong.

Advertising their own products on their own website is just dumb 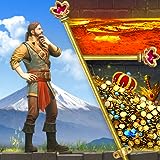 "I want that treasure!"
Well, I want you to shut up and let me watch my video.

"I haven't seen the sun in years!"

I got this ad to much!

No, I don't like the Koopalings stop showing a trailer about them. Koopalings are filler everywhere

Some of the honey ads are so annoying it doesn't even make we want to install it. Sometimes I encounter this ad with a person telling you to click on a button that take you to honey for 1 minute straight.

I want to punch that guy until he stops shouting. I'll never install Honey out of spite.

"Honey can save you money!" These ads are everywhere. I don't need this extension.

I don't care about the money that other people earn!

Stop these annoying Zoom Zoom adverts! I will seriously never buy another Nissan after being subjected to these atrocious unstoppable ads!

The cars don't look cool and the bull ad is weird and hard to understand.

21 Stupid Horror Movie Trailers (such as Lights Out)

Have you noticed that horror movie trailers are UNSKIPPABLE and they always pop up on almost every video, whether they're scary or not?

When you're trying to listen to some music and a Rings trailer pops up in the middle of the night.

When you're watching clean funny memes late at night then get a La Lerona trailer...

22 Teen Titans Go! To the Movies

I hate this so much, I don't know what to say about it, so yeah.

100% guaranteed that I will not watch this movie!

I hate that film!

It has been years and I still get these.

They don't show these anymore...

I don't like these because one time, I was watching Reaction Time's videos and then an inappropriate ad came on that was 4 minutes and I couldn't skip it and then my parents came in the room and they saw the ad and I got in trouble!

What I mean is those unskipable ads, for T.V. shows, that are stictly for adults. But the most annnoying thing is that they sometimes appear when you're watching kid's stuff. All those cheap T.V. shows with lame crime stories and are clouded with "romantic" moments, that somehow win a million Grammys.

It should be illegal because kids are on this site.

The 6 second Google ads make me cringe and they are so loud! The ads are all like, "YAAA! Wubwubwubwub! "