There's no limits with Lego. (Unless you step on it or knock your building down). It may take time, but.. You can build something huge with these Lego's.

The best thing about them is that they are original. They've been around since the 80's and there are many rip-offs of these toys (Like build-its)

I like to build with legos. My cousin and I do this every Christmas night and we build cool stuff we make up out of legos I have. I even used to make my little films out of legos, which was cool.

I love this! This is what got me into engineering! I love making my favorite things from movies, like the millennium falcon, and then playing with them like I'm in Star Wars!

Underrated. They help me sleep. The figures are at the top, but to be honest, action figures are just a bunch of complete garbage.

I LOVE stuffed animals! I have a list of all of them, and I check them off every few weeks, to make sure they're all there! Sometimes when I buy them, I pretend I'm rescuing them from a bad place! I know that's kooky, I'm just weird like that! It always makes me happy just having them! I know, I'm obsessive

I am literally a teddy bear hoarder. I have so many teddies in my room, you'd think my room is a shop. I love every stuffed animal I can find. Not only are they cute and cuddly, but they comfort me when I need to be comforted. I LOVE TEDDIES!

They always make me feel safe and secure. I had one in particular who was like my little buddy in life. I felt like he was a real person and it really boosted my self esteem through dark times.

Hours of fun! Labyrinth is probably the best board game. The figures are at the top, but to be honest, action figures are just a bunch of complete garbage.

Board Games are the best. Monopoly, S&L, Cluedo, they're all very fun to play while socialising.

There is NO limit to what you can do. You can do ANYTHING with arts and crafts. The figures are at the top, but to be honest, action figures are just a bunch of complete garbage.

Romove this please! I am a huge barbie doll hater. Who even thinks these stupid dolls are cute? They teach such bad lessons to little girls, teaching them to be all pretty, pink and perfect. To all you agrssive barbie fans, she is not amazing or cute. When I see those commercails my ears ring like crazy! I hate barbie with a burning passion and will always forever. They are low on this list because they suck and are stupid. Barbie can go down the shoot. Pease don't dislike my comment I am telling you the truth. Play with littlest pet shop(the old ones, the new ones suck) or rubik's puzzles instead, not this crap

Why do you hate Barbie why are you so Political Correct? She is just a doll. Did you know a doll (and the yo-yo) was one of the first toys ever invented. Being so Political Correct saying its wrong for children to see dolls with breasts. When I was a little girl I didn't care, maybe but no one was bothered that I had my Barbie and Sindy dolls nude and even coloured their hair with felt tip pens.

No, Barbie dolls suck, they are creepy and ugly and girly. Plus, she has too much pink and her face is so creepy, fake eyes, fake lips, fake everything. Reminds me of Kim Kardashian and Paris Hilton.

Total classic toy. My dad passed them down to me, as well as I bought my own. My childhood was spent playing with these for hours. I'll be passing them down to my kids. The movies hold up and so the figures. Definitely need more votes.

Best toy ever, I always was a fan of star wars it is amazing! I have almost all the generations of them, republic, separatists, rebels, empire, first order, I don't have the resistance though. I also agree with the comment below me.

Banpresto did a better job at the assortment than Bandai, Irwin Toy, & Jakks combined. They released all the supporting villains & not just all the main heroes.

Used to play with these for hours!

No. This should not be on here. It's actually one of the worst toys Ever! You can get easily distracted or even hurt.

Underrated. The figures are at the top, but to be honest, action figures are just a bunch of complete garbage.

I have one, but I don't really play with it. Only when I'm bored.

These are the most overrated toys of all time!

It's all about the brains in this classic game. If you've completed the whole thing and there's just 1 wrong colour, you're screwed!

I'm a speed solver and people that didn't vote for this is because they are to lazy to try to figure out how to solve the puzzle!

My brother can solve these in literally 3 seconds. I have no idea how he does it but I have a feeling he learned it from YouTube

This is one of the hardest puzzles that I've ever tried in my life. It's so fun to try and figure it out!

You can make awesome setups and root for a car who wins, or you can collect. This is for all ages because kids could just simply play with the cars while older people could collect them to keep the cars nice.

Hot Wheels have gotten a little bizarre in the recent past. But most people (mostly guys) around 50 will agree the Spectraflame ones from the late 1960s invented toy cars. Matchbox may have been first, but Hot Wheels are just cooler.

This is one of my favorite toys, I still love Hot Wheels. The designs are just amazing and they are fun to play with. Hot Wheels for the win!

Why? Because unlike other toy car brands, the're all about speed. They even have iconic cars in their lineup like Batmobiles, Ecto-1, Mystery Machines and cars with designs inspired by DC, WWE and even He-Man!

I have a 21 year old beanie baby cat called Onyx, he has been one of my favourite toys since I got him, we went everywhere together

My favourite was the white and pink rabbit named Gardenia. I got it when I was 6 and I still have it!

Pretty cute! My sister has a blue bear one called ariel, she calls ariel moe, it's so funny!

I love these stuffed animals! There so cute! 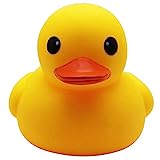 I have hundreds of them

I like the wii. The figures are at the top, but to be honest, action figures are just a bunch of complete garbage.

I play Zelda and Mario on this every day because it is fun!

Not even a toy.

I don't like these. All you do is have a pretend family, and use your imagination to play with them, and have their own lives. But I would like customizing, and painting one, though.

Once I saw a Dollhouse at a vintage shop, it was absolutely covered with stickers! Imagination is the key to some of these things.

So sexist G.I. Joe Figures is on best toys ever but female dolls are on worst toys ever.

We all should know GI Joe is the greatest toy and knowing is half the battle.

This is the most collected toy of all time.

I only have 1 bratz doll 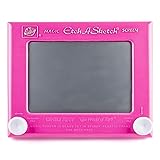