There have been many great video game franchises. However, there are some that have either been going on too long or have had crappy sequels that have ruined the franchise for good.
The Top Ten
1 Crash Bandicoot

It's hard to believe this franchise fell as quickly as it did. It's not like this franchise became a hit-and-miss series like Sonic. After its first four games, Crash never had a good game again. The 20th anniversary of Crash Bandicoot would of had meaning if the franchise had good games after the first four games. If game developers (apart from the franchise's creators) couldn't make a good Crash game 15 years after the first 4 games, I guess this once great franchise will never have a comeback. The most ruined series in history.

Come on, we need a new game. At least with other franchises like Sonic and Final Fantasy are still making games ( although they are hit-or-miss) Crash hasn't had a full console game since 2008. His last appearance was in a mobile kart racer in 2010. Complain about other franchises as much as you like, at least a good game will come sooner or later. In Crash's case, despite endless rumours, he won't see another game for quite some time.
Also, this is why Activision sucks

I heard about the remake of the Crash trilogy from Playstation 1, but a remake of games that didn't need a remake is not going to convince me that the series is back in a good way. When I hear about a completely new Crash game that's good or great, then I'll believe Crash is back.

SEGA ruined him, despite being a sonic hater, his games looked good, but they had stupid controls, some terrible spin offs, and continuing to fall with the movies keeping him alive, it´s almost to late, Nintendo should buy SEGA and help them give sonic his lost glory he once happened to have.

I'm a huge Sonic fan and even I have to agree that the series has gone down in quality. Sega's just relying on nostalgia at this point and they end up forgetting what made Sonic so good in the first place. Sonic Mania was great, but that's the best thing Sonic has gotten in the last, say, 5 years. Sonic Forces wasn't even that bad in my opinion, but most Sonic games up to this point have been mostly mediocre.

Sonic the Hedgehog is already dead. When is this franchise ever going to be saved just like Sonic Colors did? Well, sadly, the answer is that...it's too late. This franchise has horrible spin-offs, games with bad controls, and Sonic 06 has a completely pointless story. I'm going to say it NOW! Sega is the reason why Sonic the Hedgehog has gone from popular hedgehog, to pile if dirt. I wish I would stop hating Sonic, but it's all Sega's fault. If there's anybody else that should take him off of Sega's hands, I would choose either me, or Nintendo.

To the person that stated that he or she don't know why people think Sonic is dead because of 2 games, the people were talking about a ruined franchise that hit a bunch of bumps, probably before you were born. Now Mario had a few bumps on the road, but those bumps got eclipsed by several noteworthy games. Sonic's bumps on the road are more infamous than Mario's. After the Genesis, Sonic(as well as Sega) gone into a dark age with the Saturn, which did not have one good Sonic game nor any good games that weren't on the Playstation. Sonic Labyrinth from Game Gear wouldn't of helped things either. Sega did have decent Sonic comebacks with the Sonic Adventure games, but they(along with the below average Sonic Shuffle and good games that could also be played on Ps1, PC, or N64) weren't enough to save Sega as a console maker. After Dreamcast, Sega did make the Sonic Advance games, but when they made Sonic the Hedgehog for the Game Boy Advance and the abomination in 2006, people really ...more

Spyro is a series of platform games which primarily features the protagonist Spyro the Dragon and his friend, Sparx the Dragonfly.

Spyro was great until skylanders turning him into a statue amongst many others. He was used as a marketing point and then discarded once skylanders became popular enough to stand on its own.

I agree. Activision may used him and now he's treated like a toy ( a toy that is garbage). I say Activision should give this franchise to Sony.

While Skylanders did improve the purple dragon's reputation, Enter the Dragonfly has left a bad taste in the mouth of most Spyro fans.

I don't mind Skylanders, but Activision should at least take Spyro out.

They should go back to their roots, get back to what made the games great. Good gameplay, and excellent story writing, with epic music. Care about more about those 3 things, then graphics.

This franchise has taken such a drop in quality that even hardcore fans are doubting Square Enix.

How many Final Fantasy games are there I mean? It's to much of a downer.

Back in the day, it used to be considered an absolute GREAT series. Now it's known for annoying 12-year-olds and rehashing to the max.

All of the new ones suck

I think this franchise was ruined because of nuts and bolts. Also I didn't like the fact that they changed the characters designs.

After the disastrous Nuts and Bolts, Rareware was shut down for good. So no chance of redemption as far as I can see.

You DO know there is a new paper Mario game coming out right?

This series was good until sticker star. 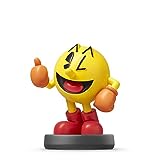 Pac Man's like the Felix The Cat of video games. He wasn't the first video game, but he was the first video game star, who started to get old and try to mimic other popular characters at the time later on. At this point, the poor little yellow ghost muncher is on life support. Namco isn't even allowed to use Ms. Pac Man anymore, so instead of trying something new again, like the Pac Man World series, Namco just keeps on giving him cameos in other games and re releasing the original arcade game. "Holy moly! I can play Pac-Man on my modern console for the 20th time!" At least Pac Man Museum + is coming out. Hopefully that'll do well and Namco will realize they can do more with the Pacster.

While he is still a video-game legend, why are most of his sequels never mentioned? They're terrible (looking at you, Atari).

The sequels have been losing quality. And now with the AC: Unity fiasco, one has to wonder if the series might go down in flames.

Halo 4 left a horrible taste in the mouth of even the casual Halo fans with small maps and a sub-par story.

The First game was brilliant back in 1998. However, the sequels were severely overrated, and although there were some modifications to improve the gameplay, the storyline in the Metal Gear Saga, became more and more ridiculous resulting in an over convoluted mess. The series overall is severely overrated.

Progressive drop in quality with every sequel after the first one.

The cutscenes are too long and the story and the dialogue just gets worse and worse.

Everyone knows it went downhill after MGS3: Snake Eater, which was the best in the series.

I reckon the first two games were great (MGS1 & MGS2). It went downhill after Sons of Liberty.

Its been going downhill with this franchise for me since X and Y and its hit ABSOLute rock bottom with Sword and Shield. B2W2 was the last games where Game Freak put heart, soul and care into the games. Now its all about making as much money as possible, doing as little as possible.

just my opinion- Pokemon sword and shield is horrible and a disappointing sign for the future of pokemon games. I'd say I had a blast with every generation before 8, but sword and shield was awful, like GameFreak just doesn't even care anymore

Rayman has had good entries, its just that Ubisoft no longer cares about him. We got absolutely nothing for his anniversary, nothing! Like, would it be so hard to just to do The Art of Rayman?

Still waiting, hoping for Rayman 4...
Origins and Legends where good and fun, but not the Rayman games I wanted.

Konami ended the franchise and started eFootball, we all know how that went.

The only good one was Jak And Daxter The Precursor Legacy. The rest went downhill. Jak should have been shut up and not talking. Thank You Naughty Dog for the killing Jak. My dreams for them are gone and my dreams for Jak are dead like him.

Only 6 games in this fantastic franchise. Not even a next-gen release to this day. Ratchet and Clank got 6, Sly Cooper got 1, what's the deal, Naughty Dog, too much focus on 'realistic games? '

Mega Man, known as Rockman in Japan, is the title character and the protagonist of the Mega Man series by Capcom.

This series was my favorite until capcom ruined it. I used to have fun with everything in the games and after mega man ten I was excited for a new official game...but it never came out! It was instead cancelled which then lead to the end of the franchise. Oh capcom how we used to love you...please release a new game for the 30th anniversary.

This franchise used to be the bomb! Until after mega man ten things went down hill for the franchise...from old great capcom to new crappy capcom. After mega man ten the series just vanished! Street fighter x mega man was just a fan game promoted by capcom. More mega man games became cancelled. And OH MY GOD DO NOT REMIND ME OF STREET FIGHTER X TEKKEN MEGA MAN...why capcom why? Then in 2015 we finally get a new announcement for a new mega man game but wait...it's another collection! Nobody wants that. At least it had amiibo compatibility. After keiji inafune left capcom he made mighty no. 9 but...it wasn't good but at least I liked it! It seems that the series will never see the light of day again at this point. Let's hope capcom does something good for the franchises 30th anniversary besides the new T.V. show.

A Crack in Time was made to be the last game in the series, but of course Sony pushed them to continue, because money. All For One was fun, but Ratchet's design was a mistake. Ever since, the series has not been the same. Not only that, buy Insomniac themselves had fatigue with the series when A4O, FFA and ITN came out.
Then it was the reimagining that does a good job presenting the core gameplay of the series, but butchered the characters and the story.
I have'nt played Rift Apart, but things just has'nt been the same since ACIT.

Ratchet and Clank is still somewhat great, but it annoys me to great lenghts that its geared abit more to children.
Its lost its edge and fun humor. A Crack in Time was the last game in the series to be amazing.
Into The Nexus could have been, but did not feel fully realised.