Top 10 Worst Things to Be Magically Turned Into

One prime example/stereotype of magic is the power of turning an object into something else, which again, may sound very awesome, but you wouldn’t want that power being used against you.

So without further ado, here are some of the very worst objects that you could ever turn into.
The Top Ten
1 Toilet 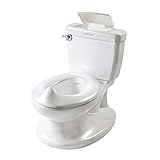 The toilet. Not only you have to grab you-know-whats and forced to be sat by people, it'll be very boring standing in the bathroom/restroom all day.

Yuck! I would not appreciate people rubbing their butt on me, thank you!
-Gingerfur P.S I would vote poop too but I didn't have enough votes.

Please, I don't want to have pee and poop in me from someone else's body, especially if they smear it all over me. YUCK!

Disgusting. Humans using you to get rid of their waste, it says it all in one sentence. 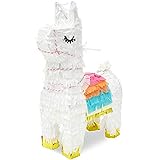 Pinatas based on llamas may look cute, but if someone tried beating you up with a weapon in a game, that would've been extremely painful.

Ow! Ouch! Stop hitting me with that! That's what you'd be thinking as your insides spill out and you take your last look at the world. It would be last breath but, well, I don't think piñatas can breath, so.. Yeah. I wouldn't want to be a piñata.

You will basically have your insides spill out as you watch in horror as you are shred to bits.

If you turned into a piñata, just imagine all of these kids beating you with sharp objects such as baseball bats, until they finally slice you in half for candy. 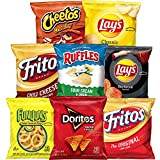 This one doesn't need much explanation. Not only would you be eaten, you would also be burned in an oven, and frozen inside of a refrigerator. If you were a cake or pizza, you would also have to be dealt with getting sliced into pieces.

You get chewed on by someone, go into their body, come out as you know what and then get flushed down the toilet (sorry this is gross but that's what would happen if you were food).

You will get eaten. Even if you can talk, there's still a chance a certain fruit will annoy you to death, figuratively and literally.

You get crushed by people's jaws being food. This thought just made me sorry for food, but I'mma still chew them anyway.

This is one of the only items on this rather not very funny list I'm willing to vote. There is a certain way bathroom humour can be executed and the other entries are how you don't do it.

Bubbles pop very quickly once someone/something touches it.
If you were a bubble, you would die very quickly.

Another rather self-explanatory one. A simple tap or even AIRFLOW would be enough to kill.

So, I'm sensitive to anything and it's the end of my world when I touch thorns and spikes.

Do I even need to explain this one? At least in regular boxing, you can fight back, but would you be able to if you're a punching bag?

With south park like blood and gore, it's indeed frightening to have that in my imagination.

If you were a punching bag, people would punch you or kick you all the time. Ouch!

If someone turned into a punching bag, they would not live a second longer. 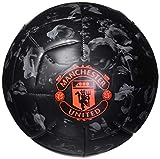 If being hit by baseball bats and other spiky objects wasn't bad enough, imagine being kicked by 22 professional athletes for 90 minutes. Hitting the crossbar would also result in extra pain. Other sports balls would be painful, but the soccer ball is no different.

Imagine being a soccer ball in the MLS, athletes at their peak kicking you very hard. Must be really painful.

I get kicked a lot in games (Bad internet sometimes) so this would add to the pain.

I ain't getting kicked more than three times. I will just wait until my owner kicked me far enough 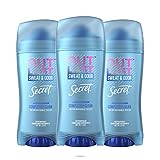 No no no, I don't want to rub off my skin onto some smelly kid's armpit.

Who wants to be rubbed against smelly armpits?

Smelling armpits, and getting scrapped on said armpit would be nauseating, This should be higher on the list

BO is worse than the scent of feces. 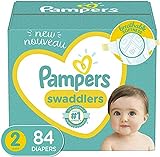 Well, most babies cannot control themselves when it comes to go going to the toilet. In their case it's just pooing and peeing in their diaper, but anyway, I wouldn't want to be soaked in pee, or weighted down by poo. Or soaked by poo, it depends on what'd been eaten. That's gross. Don't get tuned into a diaper!

Yuck! I don't like getting peed on and smelling yuck, OR feeling wet pee. I wouldn't like to be at a rubbish bin either!

Wouldn't mind under certain conditions. If it was a hot woman with a scat fetish, I would take it.

Would be fantastic if you had a scat fetish though, or if you're a pedophile.

I don't think I need to explain this one.

Do we really need to be looking here?

Imagine being about to be turned into a beauty, or a unicorn, or any animal or object of your choice, but the magic trick fails and you get cremated. This isn't a magically turned object. This is death. This is a badly burnt corpse. Death by being burnt, one of the worst ways to die.

Or even worse- SCHOOL toilet paper. You are used (gross), thrown on the floor (gross), watch your fellow toilet paper pals die (traumatizing), and then get complaints about not being of high enough quality! 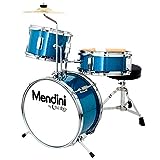 Any musical instrument would be painful, but the drum is probably the worst one I can think of. You wouldn't want to get hit in the head hard over and over again at a fast speed, especially by a really talented drummer like Dave Grohl or Neil Peart. 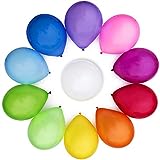 I just wanted to comment on this because people were wondering where the ballon would stop floating or if it would just pop. Actually, balloons will stop rising once their density matches the surrounding air. Then I guess it would run outta helium and just fall to the ground or burn up in the atmosphere. Just wanted to say.
-Gingerfur

At least you would get to fly for a while before you die.

Last thing you see is rather a comet or a sharp pin..

Who wants to be popped at?

I hate dog's breath. I'll rather do a hundred non-stop jumping jacks than being a dog toy for more than three seconds.

You will get chewed over and over again. Not fun, it's painful.

Bowling balls riding you would be annoying. 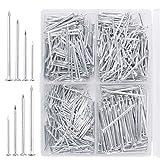 Imagine being punched and beaten up by a bunch of bullies with a hammer to the point where you're on the ground and very unlikely to recover from it. That's exactly what it would feel like if you were a nail. 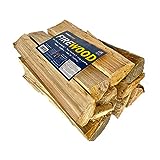 No I will never turn into this and don't even think about taking Margaret or William from me!

Would be worse if burnt under some sacred evil witchcraft ritual

I.. I can't even explain why I wouldn't want to be it. *shudders* It speaks for itself.

No further explanation on that...

Do I really need to explain this one?

For most, it would only be torture for one day, before you are sentenced to the washing machine. There are some (pretty gross) people who don't change their underwear every day, so their underwear has to deal with the sickening butt smell for ages.

Perverts serve as an exception.

What if that kid poops

Why not any higher? I wouldn't like to be that disgusting brown stuff coming from a person's posterior and having part of you wiped onto a tissue and chucked into the toilet with the rest of me, just to be banished down it when flushed.

I will be stepped and crushed by the people who walk in the road.

How is poop not higher?

Unless your Rick Sanchez being turned into a pickle would defiantly be a terrible thing to happen to you.

No one before me commented on that? Strange...

Let's get this to number 1. I never want to be him.

Let's move him to the top of the list.

Right behind you brother

I need to spent 5 minutes before my life ends.

Kenneth "Kenny" McCormick is a main character in the animated adult television series South Park, along with his friends Stan Marsh, Kyle Broflovski, and Eric Cartman.

As much as I love Kenny McCormick from South Park, I wouldn't really want to turn into him. Plus the idea of dying all the time would've been extremely painful.

Dying every day would not be fun