BreakFastBeast2005 Note: by worst logo changes I mean the tiniest detail the company made to make the logo worst or no better than it already was, so don't get confused. Look them up to see the changes yourself. 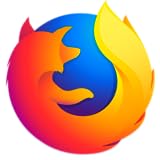 The one in the picture is the newest version, sure they changed it and added some better brighter colors but they took the details out of the Fox and that what I really liked about the logo. - BreakFastBeast2005

Old logo: I know it's a fox just by looking at it!
New logo: Um... what is this animal? - ShopkinsLover

Verizon compared to the old logo sucks that big read check is what makes it reconizable
all they did was change the the letter boring and normal and added the tiniest check to the side of the word BORING! - BreakFastBeast2005

Just see for yourself it's really stupid - BreakFastBeast2005

Taco Bell is an American chain of fast food restaurants based out of Irvine, California and a subsidiary of Yum! Brands, Inc. The restaurants serve a variety of Tex-Mex foods that include tacos, burritos, quesadillas, nachos, novelty and specialty items, and a variety of "value menu" items. As of 2018, ...read more.

This picture is the old one,They just removed color and detail for it how smart - BreakFastBeast2005

The Lenovo logo is nothing amazing but it's what made the print of the letters cool, but when they changed it and made the letters normal and put it on a red background,lame - BreakFastBeast2005

Dang... I have a lenovo computer - ShopkinsLover

THis is the logo after before it had a unique written style, but some people prefer the newer crisp looking version I don't - BreakFastBeast2005

Yep and then they went and changed all the belts to look the same. - ParasN2000

Yahoo! is a web services provider, wholly owned by Verizon Communications through Oath Inc. and headquartered in Sunnyvale, California.

That's the old Yahoo, they changed it the a purple on a white background, and the print is lame just old Yahoo - BreakFastBeast2005

That new box thing is not natural - TwilightKitsune

KFC, until 1991 known as Kentucky Fried Chicken, is an American fast food restaurant chain that specializes in fried chicken. Headquartered in Louisville, Kentucky, it is the world's second-largest restaurant chain (as measured by sales) after McDonald's, with almost 20,000 locations globally in 123 ...read more.

They just changed the logo to all green how clever - BreakFastBeast2005

Although the five lines next to each other were never used as an official logo, it is much more recognizable than the current FIAT script on a red background. - Alkadikce

Top Ten Books that Can Change Your Life