The Top Ten
1 Going Overboard with Lights and Decorations

We all know these houses that go way way too far. Nothing wrong with lights for the holidays but there's a certain point where it becomes too much. Who are you trying to impress? Like just no we don't need to be able to see your house from space. I'm not saying you can't do lights but don't overdo it

While there's nothing wrong in the holiday spirit with decorating, people who treat decorating like a competition just ruin the joy and the fun of it.

Nothing quite screams Christmas like getting spammed with loads of ads talking about buying everything from cars to appliances to toys and just about anything and the worst part is these commercials are very annoying and repetitive. Why do they have to be so scream-y and enthusiastic yes we heard about your Holiday sale ending soon the first time thanks for making it more clear and obvious it's ending soon I never would have known otherwise

3 Getting Socks and Underwear as Gifts

No just no who actually likes getting socks and underwear like even as a joke this is too far. Let people buy their own underwear. This is the laziest thing you could possibly give and nothing kills the Christmas vibe quite like this does. And this goes for toothbrushes and other grocery items like shampoo and body wash. Christmas should be special not just getting things you could get on a grocery run any time. It just says oh I'm out of ideas!

Not really. As an adult, really could use some extra.

Okay who thought this was a good idea? Sure it's cute but in the end it's more awkward than anything if I had to pick my least favorite Christmas traditions this would be one of them. Only "Facebook moms" like these pictures and it's kinda humiliating for everybody else in the family. Nobody I know likes wearing pajamas for one single picture. And on top of that we never wear them again

What's the point of buying a set of pajamas you only wear once? If you're gonna buy a matching set of pajamas, you should wear them even after you take your family photo.

These are actually kind of sweet, as long as you don't get roped into being in one of them.

Okay I'm convinced that Christmas card companies are spawned from Satan because every year no matter what the pictures look ugly cringeworthy and terrible. It's a thoughtful gesture but first of all who the hell actually sends anything in the physical mail anymore and second what am I supposed to do with it? It's kinda a waste of space that's only gonna be thrown away after Christmas

6 The Elf on the Shelf

As if it wasn't creepy enough for Santa to know when you're sleeping and know when you're awake now he has a little helper to do more spying. I don't know if anyone else grew up with this but it's only cute like once after that it's a little creepy to me. Just the way that little elf smirks like a peeping Tom no thanks

Let's be honest most of those inflatable decorations you see in people's yards look tacky and ugly. A light up snowman or reindeer doesn't look too bad but a 40ft blow up Santa Claus or Snowman is going too far. Just No

Those have to be a nightmare to set up.

In the old days people would actually cut down a tree from the woods and decorate it. Some people still do that but now most people get a fake one. That's fine and all but your tree should still look somewhat realistic. I'm sorry but red blue silver pink and white trees are just wrong. Christmas trees should look like they're from earth not a Dr Seuss book

I get it's supposed to be a fun thing to do with your fellow coworkers or classmates or whatever but of course it's all kinda a joke anyway since most of the items are either gift cards or something cheap and impractical hence the term White elephant. In some versions it can get complicated with multiple rounds of getting a present then people are allowed to steal from someone it's kinda too complicated for its own good. Also nothing screams Christmas spirit like getting a gift less than $20 for a coworker you barely know 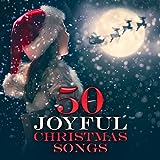 It depends. Some Christmas songs are classics and pretty good, but some songs can be annoying.

I will literally lose my mind if I have to hear "All I Want For Christmas Is You" 1 more time.

Honestly if you think about it Mall Santas are kinda creepy no wonder kids scream when they're in his lap. I mean after you're like 3 the idea of Santa isn't scary but looking back yeah it's a little creepy sitting on some strange guy's lap for a picture.

12 Making Christmas About Presents Instead the Birth of Jesus