In this list is sorted the best fictional weapons that are supernatural in their abilities. No amount of scientific scrutiny can deconstruct or explain their powers, but they can surely cause great damage, death or destruction once wielded. Try to add weapons that originate from a known work of fiction and not a random invention. Since fiction is vast, feel free to add your own items to this list that I may have been unaware of.
The Top Ten
1 Death Note (Death Note)

This seemingly harmless notebook is actually a weapon that can kill any human whose name is written in it. This is potentially one of the most powerful weapons ever to be handed off to a single individual, if not for its ease of use, unending pages and the ability to control its victims and their cause of death. This will allow the wielder to kill anyone from any distance at any time through any method. A very handy weapon.

Can kill someone simply by writing their names.

While operationally insignificant on its own, once combined with the 6 Infinity Stones, it gives the user nigh omnipotence (at least in the comics), allowing them to do practically anything that does not affect other universes or damage the gauntlet. This is essentially godhood in your hand.

Once you gain the infinity stones, you become a god essentially.

One of the three objects that make up the Deathly Hallows, a set of legendary magical items created by Death himself. It is the most powerful wand in the Harry Potter series, and its wielder will be able to channel their magic abilities in a near unparalleled manner.

This electrifying hammer will only bow its handle to those who are worthy; that being said, you can harness the powers of lightning to strike your foes. It also is crazy heavy.

5 The Ring (Lord of the Rings) 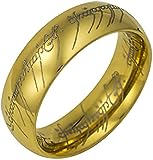 This ring has a near absolute ability to corrupt and tarnish its user. It also serves to amplify their existing power (I.e. a hobbit's power is minimal, so they'll simply turn invisible; imagine what a more powerful entity can accomplish whilst wearing this thing). It is so powerful that wars were fought for the sole purpose of owning this very ring. 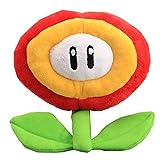 This is a more silly weapon, if you consider lighting your targets on fire and either killing them on the spot or letting them burn to death silly. Burning someone to death is quite sadistic, and all of that hurt is caused by this innocent looking flower. 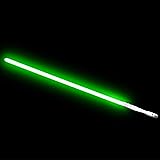 Probably the most famous fictional weapon of all time; it isn't incredibly useful, since it can be blocked by other lightsabers and therefore can be parried; but you cannot deny the catharsis felt from slicing up someone like a carrot with this most iconic energy blade. 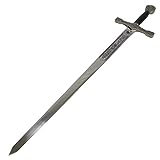 Perhaps the pinnacle of fictional weapons, the sword stuck in the stone; once picked up (in some interpretations), the wielder's wounds will not bleed and they will therefore not die. It makes them the ultimate swordsman.

If you are ensnared in its ropes, you will be undeniably forced to speak the truth.

Once commanded, this mystical pole will extend to any length desired, and in any direction desired. Despite its elastic properties and hilarious length, it is very durable and seems to be unbreakable.

The Contenders
11 Anaklusmos / Riptide (Percy Jackson and the Olympians)

Okay, yes, it's more about the guy who uses it, but still, Riptide should have been on this list long ago

Give someone the finger