This year, we’ve had some amazing toys, like the BTS and Creatable World dolls. Here is a list of the worst.
The Top Ten
1 Foodie Roos

It says "Full Size Plush Inside! " I'm so happy I watched the GreatBigToyBox review of them beforehand. They are NOT full size! They are literally about three or four inches tall! And the eyes that are shown through the window of the pot are NOT the actual toy's eyes! It's a deceptive sticker! The best thing about these is the pun of Foodtopia, which is a parody of Zootopia which is shown on a T.V. sticker you get with them.
Tl;Dr: Foodie Roos are NOT "Full Size Plush", although it says they are on the packaging.

Aren't the stickers there to tell you what you're getting? You might get the chaser, so the sticker is hiding whether you get normal or chaser. 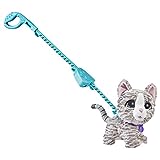 When I saw these guys in a catalogue, I got super excited! Collectible mini-pets that can be walked together with big pets! When I read some reviews of the big Walk-A-Lots, I was very disappointed! People were saying it broke easily! When I saw it in real life, it felt VERY flimsy! As for the babies, I watched a review, and they were TINY! The kids in the video liked them for some reason. I also read some Argos reviews, and they were moderately bad. And there are too many of these overpriced things to collect, big and small!
Tl;Dr: Walk-A-Lots are flimsy and useless. 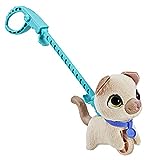 They don't do anything 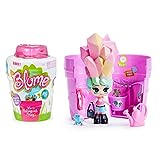 At first, these sounded cool. A doll that grows from a plant pot! I watched the Biggz Vs Lilz review of them, and OH MAN. They are HORRIBLE. The 'pets' are nothing more than a badly painted Shopkin. The dolls' arms are barely moveable! Their "mix-n-match" squishy hair become REALLY loose after it's first removed. And the amount of duplicate dolls they got was APPALING. These things cost £10/$10 each, and the best part of them (the growing from the plant pot) only happens once!
Tl;Dr: The novelty wears off the Blume Dolls very quickly. 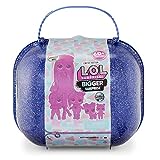 Unpopular opinion: I like LOLs. And when I found out they were doing a whole goth family, I was so happy! Until I watched the GreatBigToyBox review of it, and it seemed REALLY OVERPRICED! In the review, she even states that if you bought separate dolls, it would cost less. And in her less-costing alternative, there was another Lil! Go watch that review right now!
Tl;Dr: Watch GreatBigToyBox's review of this toy. 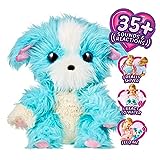 These sounded cool at first, but again, I watched a YouTube review, and it wasn't as good as I guessed it would be. It's literally just a bigger version of your standard Scruff, just with sounds and a TINY bit of "interaction". For £40/$40, there are better things out there to get. Like a 42cm condom plushie. And they are selling for as cheap as £9.49! And for a different audience, there's baby dolls cheaper than a Real Rescue! And I've seen the simpler ones going for about £10! And that £10 doll had accessories! But if you really love rescuing pets, get a Rescue Runt. I've seen the unicorn one on sale at £9.99! Or if you're a collector, you could get FOUR Funko Pops for the price of a Real Rescue!

Tl;Dr: Real Rescues are overpriced, and there's loads of cooler toys that are cheaper. 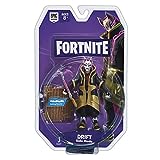 A controversial one. I've never seen any reviews of these Fortnite figures, but once you take away all of the glamorous packaging, it's literally just a small action figure with some small accessories. As mentioned earlier, you could get a 42cm condom plushie for around the same price as a Fortnite figure!
Tl;Dr: £10 is too much for a tiny figure that's not even a Pop!

These dolls look really nice, but the slime kinda ruins it for kids who aren't allowed slime, but want the beautiful doll. Also, when Jen (the owner of the GreatBigToyBox YouTube channel) got one and tried to put slime in the jacket, the seam broke, which gives me trust issues with it. If you want a beautiful doll, sans all the messy slime, get a Yoko Shibajuku Girls doll. I have one, and I love her! She is tea next to my large Enchantimals Danessa Deer, which is also a good alternative, but only the skirt and shoes come off Danessa, I like the Shibajuku and Poopsie dolls.
Tl;Dr: Get a Shibajuku Girl or a large Enchantimal instead.

Disappointing because you don't get a pet in every bubble, some of them are just slime. (For example if you buy a pack with 6 bubbles you only get two pets) You could probably buy just slime without the small amount of little figures for cheaper. 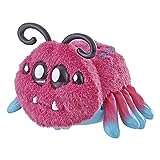 I'm kinda cheating with this one, as it was released over a year ago, but these things are still on shelves. The toy, I have no problem with. It's nice to see spiders in a cute light for once. And these things can move too, but only under one condition: by yelling. Yep, you have to YELL to make these things run. This thing was a bad idea from the start. Reason one: encourages kids to make loud noises at unnecessary times (don't you just wish you would have got a 42cm condom plushie instead? ) and Reason two: there's a viral video of a kid scared of a Yellie!
Tl;Dr: Teaching your kids to be quiet? Don't buy this toy. 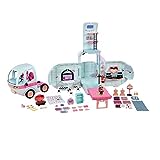 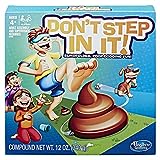 I'm kinda cheating again, but this toy is borderline dumb. You have to try and step in the least dog poops whilst blindfolded. There's even a unicorn edition with pink glitter poop. Seriously, there are better games out there, like Mouse Trap and Bears Vs Babies.
Tl;Dr: Don't Step In It is a game about stepping in poop

Honestly, it looks kind of impossible. 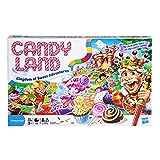 Good god this game is insufferable. what kind of beige loving boring bastard made such a bland game I have honestly never been so disappointed as when my gaze happens to fall upon this waste of space. there are a million and one games with the same concept but a million and one times better.

They are the same thing as Pop Pop Pets except marketed for boys. You don't get a character in every bubble and you can buy a better amount of slime for cheaper.

I watched a review on this and it was broken when the person opened it. Worst part is that it costed over $400.

Real crying babies are annoying enough, why would anyone want a toy crying baby?