SEGA Games with the Best Soundtrack

Games developed and/or published by Sega that have the best soundtracks.
The Top Ten
1 Sonic the Hedgehog

Sonic the Hedgehog might be a bit outdated, but it was revolutionary for its time, and its music remains some of the most iconic in the gaming industry.

The music team understood that they could not compose the same style of music featured in the original game, owing to the technical revamp of Journey of Dreams. In order to stress that the atmosphere of Journey of Dreams was centered around surrealism and dreams themselves, Sasaki discarded tying the game's music down to a single genre and took the approach of not having a clear musical policy. Sasaki also ensured that each theme included the exhilaration of "flying in the air", as it was a core element of gameplay. The game's soundtrack ultimately proved better than that of its predecessor.

The original score for the game was composed, performed, and produced by series sound director Shoji Meguro. Meguro was given full creative freedom, and in order to express the game's mood, Meguro incorporated strong acid jazz elements into the score. He also aimed to make the music sound more realistic than previous Persona games, aiming to match the game's visuals. He described the entire score as a single continuous work. Additionally, seven tracks were performed in English by the jazz singer Lyn Inaizumi.

The soundtrack features rock and techno musical styles, and was originally composed by Hidenori Shoji and Daiki Kasho. The music remains the most iconic to come out of the F-Zero franchise. 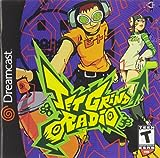 The Jet Set Radio soundtrack includes both original and licensed tracks from genres including J-pop, hip hop, funk, electronic dance, rock, acid jazz, and trip hop. Most of the soundtrack was composed by Hideki Naganuma, who attempted to match the music to the cell-shaded visual style.

The music has a uniquely film-score quality.

In March 2016, the music of Shenmue was voted into the Classic FM Hall of Fame.

The music features a variety of tones and melodies and has an adventurous spirit.

The game features an evolving music engine, allowing tempo, pitch, and melody to alter depending on the state of Nightopians within each level.

The Contenders
11 Shine I 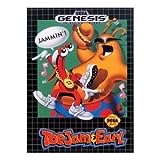