Let's see, there have been many lists about SpongeBob, but none of them shown you the best Spongebob game. Now you can know.
The Top Ten
1 SpongeBob SquarePants: Battle for Bikini Bottom 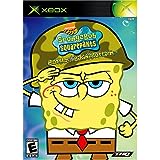 Though this game I have heard is basically Banjo kazooie with a SpongeBob paintjob, it's a damn good one. The levels are marvelously made and sometimes overwhelming, the voiceacting is top notch, but in most SpongeBob games it mostly is, the story is short, sweet, but firmly solid. And the gameplay is incredible. The ability to switch to Patrick and now to sandy was incredibly fun and creative with the game. Combat was simple, satisfying, yet strategic and sometimes hard. This is what most games should feel like, which is why this game sitting on my shelf, no matter how cheesy the cover may look, is never going back to gamestop on my watch!

Best SpongeBob games hands down. The games just went downhill after this one. Great graphics for the time, and massive levels to explore. I love how SpongeBob can create different bubbles with his bubble wand, awesome!

One of the best/ awesome characters and one of the best soundtracks and awesome boss fights. Replay ability is pretty high. I highly encourage you to listen to the soundtrack on your free time.

I've had this game ever since I was 3-4 years old. One of the best games I've ever played and one of the most challenging. If you like challenging, kid-friendly games, this game is for you 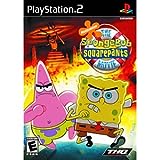 Let me get something straight right now, this game doesn't hold a candle to Battle For Bikini Bottom, and this is coming from someone who played this first. But, The SpongeBob Movie Game is the 2nd best SpongeBob game of all time. I don't care HOW many people agree with LambHoot and think that this game is bad. This game is a dark, fast-paced and challenging masterpiece that will keep you awake at night until the end of time. Look, BFBB is without a doubt the best SpongeBob game, for it's emphasis on fun, exploration, combat and charm. The game is practically a Bikini Bottom simulator. But The Movie Game is pretty damn close to being as good. Built right on top of the BFBB engine, you play as SpongeBob and Patrick on a quest to find King Neptune's crown. Walk, crawl or suffer in the best way possible through 14 hard-as-rock levels that don't look like anything in SpongeBob.

Please, if you've been put off this game because of LambHoot, just at least give it a try. Maybe LambHoot ...more

This was my first official video game and it was AWESOME! Sadly, I am terrible at video games so I didn't get passed level 4 after 9 years. Because of that I watched someone play the whole game YouTube and it was more Awesome than I could think.

Combat arena is basically THQ's answer Dynasty Warriors. Weird replaying, though. Going back on previous levels leaves you with a dead end. Spongeball challenges are my favorite.

This game is overrated but still awesome. I wouldn't put it at number 2 for a number of reasons but definitely deserves number 4.

3 SpongeBob SquarePants: The Creature from the Krusty Krab

I think this game could be higher up, it had an interesting story as short as it could be but it definitely had replay value... Pretty weak but still replay value. OST is awesome

This game was fun for the wii. This should be number 1 because the plot is great and the gameplay is fun.

I see why people like this game, but I feel it didn't capture the spirit of the show like the Movie Game and BFBB.

You know what this game is the best and I remember this game because it's that good.

I remember this game when I was a kid and I still play it but I going to get it again because it is so nostalgic and awesome soundtrack. Thq and Heavy Iron studios you're the bomb.

The best SpongeBob game that I've played... I play with my friend and it's so good. We laugh together. Because we need a great teamwork to play this game

Think of Mario Party but much, MUCH better. If you play the game you'll understand why this is at number 3.

The graphics are the worst, but the gameplay is addictive.

The Ds version was awesome. The console version is underrated but the Ds version takes the cake, with the GBA version in second. It get's Number 5.

I love it mainly because of nostalgia but I recently emulated it on my PC and it's actually really entertaining. I think it should be higher on the list.

IT was awesome but lacked in something and I don't know what. Definitely a number 9.

I've only played 2 SpongeBob games. So I picked this one.

I love playing this game! This should be Number 3!

8 SpongeBob SquarePants: Employee of the Month

It was good for a point and click game. Definitely deserves number 10.

Addictive and fun! Best game of Spongebob I've ever played!

The best part about this game is that there are no limitations except your imagination. Totally a number 7. 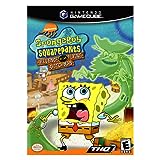 I remember getting this game with the GameCube back in 2002... While it wasn't that good, I still kinda enjoyed the game and had a relaxing experience!

Very fun game! I love how you can jellyfish in this! 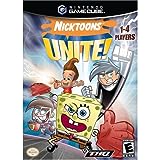 Absolutely great. This game was one of my most favorite games when I had a PS2 and I was younger.

With plenty of different areas to explore, super powers to unlock, quests to complete, and villains to fight, this game is probably one of my favorite SpongeBob games out there.

I remember playing this with my sister. I don't regret. It's sad that it was so short though. It only had 14 levels

You know what I don't care what people say this game is awesome and I love the characters and the weapons pickle blaster awesome. I just love this game and I going to remember it. I love spongebob games/ especially the ones on the Ps2. 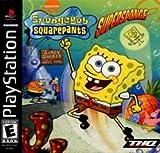 Fun baseball game which will give you a laugh, great graphics, and great roster. However a season mode would have been cool to see toons in the World Series. 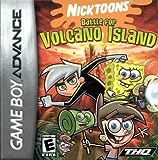 This is my favorite game of all time, period. It's a simple game that you can but by a few hours for, and have a really fun and relaxing time. definitely should be top five, at least.

Old, but the best overall idea for a SpongeBob game. 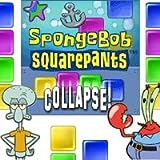