L drago is a attack type , which has 2 mode.
An attack type which can spin steel which is
epic.Driver is like the final Drive , but its unique design allows it to spin steel . And do heavy barrage . L Drago is fast , very fast . So if you have mastered it , You can be the best beyblader

We are talking about coolest Beyblade not the strongest.

I almost have that bey. I have Meteo L-drago.

It's Awesome...It smacked out my L Drago Destructor and Ray Striker so easily... It's attack power's the best!

It's really cool it's fusion wheel has 3 parts and mode changes and high attack and it is really cool.

It can knock out every beyblade it hits. It KO's beyblades like marbles.

Dude it rocks my customized eagle that spins for 7 minutes and 30 seconds did not phase hades kerbecs at the end of the battle kerbecs was spinning perfectly and kept going for two minutes or so.

I know it is at no.3 and it isn't bad for kerbecs, but I'm thinking of voting it to number 1! What do you all say?

The energy ring is great, and the way the fusion wheel and spin track BD145 come together for boost mode is amazing.

I don't think is the coolest bey, but it is one of them! 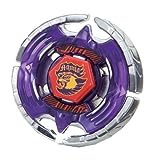 It looks cool. It's eagle like design is beautiful. It also got
Great dafense and stamina.

It is a coolest beyblade it can attack big bang pegasus, storm pegasus, beat lynx, fang leon, evil befall, twisted tempo and rock ziraffe. It is first in defense. It is world wide awesome beyblade. Please vote for gravity destroyer.

Egyptian god for crying out loud!

Variares is the coolest best left right rotating Beyblade in the world. With it's attack mode it will give very strong attacks with its defense mode it gives a strong defense and with it's stamina mode it spins for a long time

Dude he should be in number two because he could switch to 3 types of tips. WELL DUH
This guy is a total maniac!

Come on now, Variares has a very cool beast and a cool move and is the best bey that is left right rotating.

I think that variares is the best reverse rotation Beyblade ever

It looks really cool and has real spin steal. If you get one then get the original colored one because it looks cooler than the recolored one

Meteor drago can out spin nearly every bey ever!

It is best in the world!

IT's spin steal is real

This bey sounds amazing and has a really nice ring to it!
Congrats!

It is the most stylish and strongest bey in the WORLD!

It is so strong it never ever stops spinning. I have it and all my other beys look like garbage compared to it

It is the best Beyblade

I was once battling with a golden storm pegasus and 3 others, and my friend had Phantom Orion, after the battle, he DESTROYED all of the other beys and was still spinning normally!

It's the best BEYBLADE in the world, it nearly spins for 8 minutes and inside a vacuum more than a hour, he is the world's best stamina type BEYBLADE and can spin the longest out of all the BEYBLADE sin the world, and in the anime he can spin for ever.
He also looks so cool, like a villain ghost BEYBLADE!

He is extra cool and is superb in stamina! He is truly the best bey ever!

He is so cool and is superb in stamina!

Come on its best, spins for over 5 minutes different tip. Bloody people it should be at1

Diablo is the best bey no but's...

Ray is an stamina type but don't forget the performance tip. The red colour tip(at the side of the tip)is an attack type when you launch by tilting forward.
for more information about beyblades go to ebay and ask questions there!
I am one of the agents at the ebay so join now and vote for ray striker!

I am having it. It defeated Orion In XTS half pipe. cool Blade right? 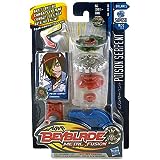 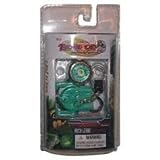 There's just something I like about Flame Sagittario
That just makes me want to whip him out even during high-intensity rivalries. He's just fun to use I guess. (by the way, I use mine with a metal face bolt and the ES performance tip. It makes him more fun )

This guy, regardless of performance, will always be a legend. I mean it introduced two revolutionary (at the time) bey parts!

I don't no why but I just like it.

I herd the brave valtryek it is really powerful and really cool.

This is so cool. It's a clock for crying out loud

Leone is the best

This bey is extremely cool. When I got Dark Wolf, I almost had a heart attack. Not only is it cool but is great in battle.

Super. It has the best stamina